You’ve probably heard of the Mercedes-AMG GT, the AMG GTC, the GTS, the track-focused GT R, and the GT R Pro, which certainly looked like the end of the line for the GT-series. But Mercedes wasn’t done yet. They still had a rabbit to pull out the hat; the AMG-GT Black Series.

The Black Series name is a revival Mercedes has not used in five years, which speaks volumes about this release. The 2021 Mercedes-AMG GT Black Series is undoubtedly the most insane AMG-GT yet. 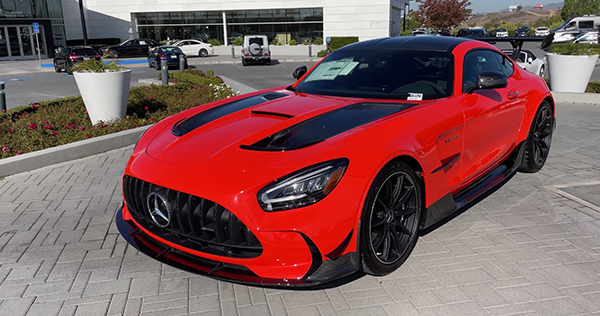 Its massive wing, race-inspired fender vents, and mean-looking facia, lightweight body tell a story of a race car with a mission. The first time Mercedes released the Black Series model, they said they would reserve it for the ultimate AMG, essentially a street-legal race car, and the 2021 Mercedes-AMG GT Black Series fits that description.

So what kind of numbers does the 2021 Mercedes-AMG GT Black Series put out? Well, Mercedes used a flat-plane crank in the 4.0-liter twin-turbo V8 that gives it a completely different firing order, ultimately making 720 hp and 800 Nm (590 lb-ft) of torque. The flat-plane crakshaft has also boosted the redline in the Black Series, making it rev much higher than a regular AMG GT. It comes with bigger turbos as we. 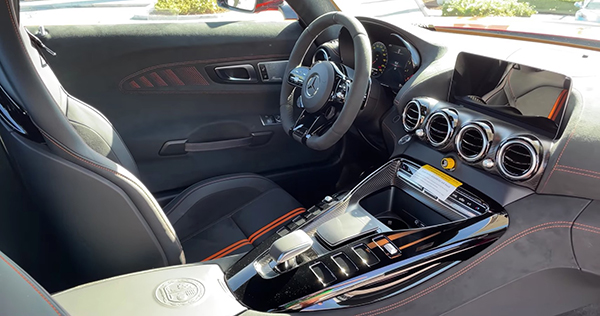 The supercar doesn’t come cheap at $350,000, and most people feel it’s a bit overpriced for a car that goes from zero to 60 mph (97 kph) in 3.2 seconds. But, according to DeMuro, the Black Series is not about straight lines, it’s a track-focused sports car tuned to be an absolute king in the corners.