It was in 2001 when Mercedes and AMG retired the “73” badge with the discontinuation of the super-rare SL 73, a roadster that had the same 7.3-liter V12 engine as the Pagani Zonda. Nearly two decades later, the “73” is set to make a return this year on a new flagship version of the GT 4-Door Coupe, but without the twelve-cylinder engine. Instead, the range-topper will combine a twin-turbo 4.0-liter V8 engine with an electric motor. 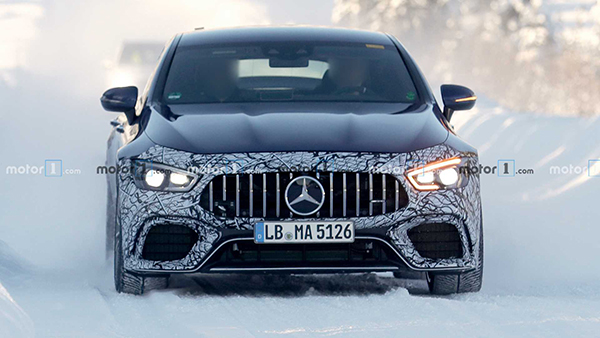 Mercedes-AMG has already announced and even teased the GT 73 for a 2020 release, so it’s certainly coming later this year. Meanwhile, our spies located near the Arctic Circle have just spotted a prototype of the electrified Porsche Panamera rival looking virtually the same as the GT 63 S. Upon closer inspection, the rear bumper appears to feature a cap to conceal the charging port, much like other Mercedes PHEVs such as the C300de diesel-electric hybrid. 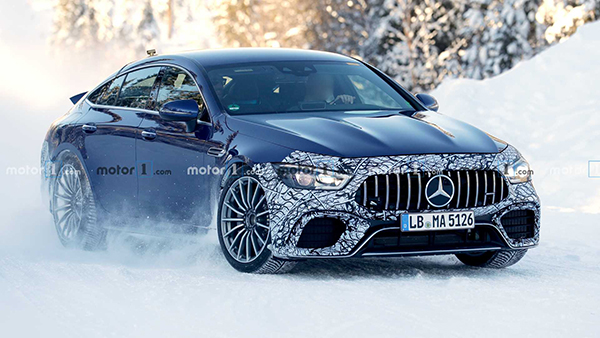 As you may recall, Mercedes previewed what was to become the GT 4-Door Coupe nearly three years ago at the Geneva Motor Show with the GT Concept. Its hybrid setup provided the showcar with a combined output of 805 horsepower thanks to the beefy V8 and the electric motor mounted at the back. While the folks from Affalterbach have confirmed the electrified setup will be implemented in a road-going model, we don’t know how much power it will unleash. 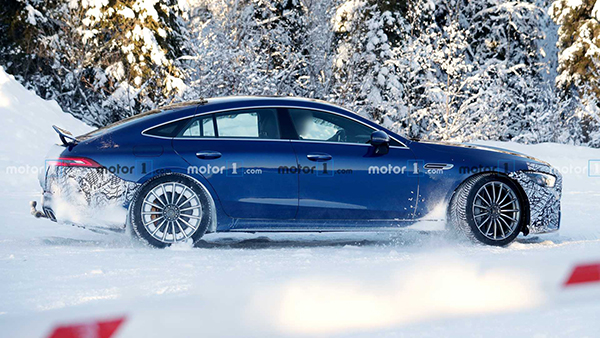 Even if it won’t have the full 800+ horsepower, it will still have significantly more than the GT 63 S with its already healthy 630 hp. Torque should also get a nice bump over the 664 pound-feet (900 Newton-meters) of the current top-end trim. Despite the fact the extra hardware will add some weight to an already heavy car, we’re expecting the GT 73 to complete the 0-60 mph (0-96 km/h) run in less than the 3.1 seconds needed by the lesser version. We won’t be too surprised if it will drop below the three-second mark. 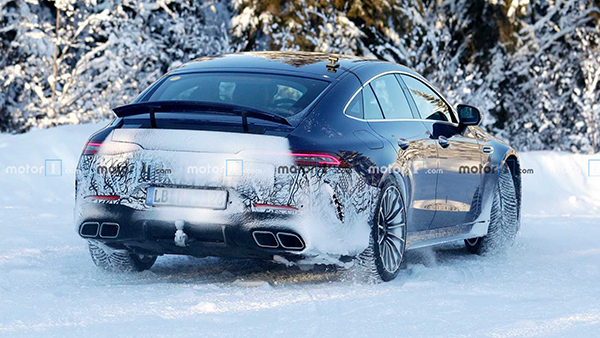 When Mercedes will take the wraps off the GT 73, chances are the hybridized five-door liftback will boast a few styling changes to separate it from the 63 / 63 S version. It should also benefit from a limited amount of pure electric range in a bid to justify what will surely be a starting price way above the already eye-watering $161,200 MSRP of the 63 S.