Celebrities often use their cars as props in photoshoots, and Pharrell Williams seems to be no exception. To draw attention to his upcoming digital auction, the singer used a photo of him and his Mercedes-Benz SLR McLaren. 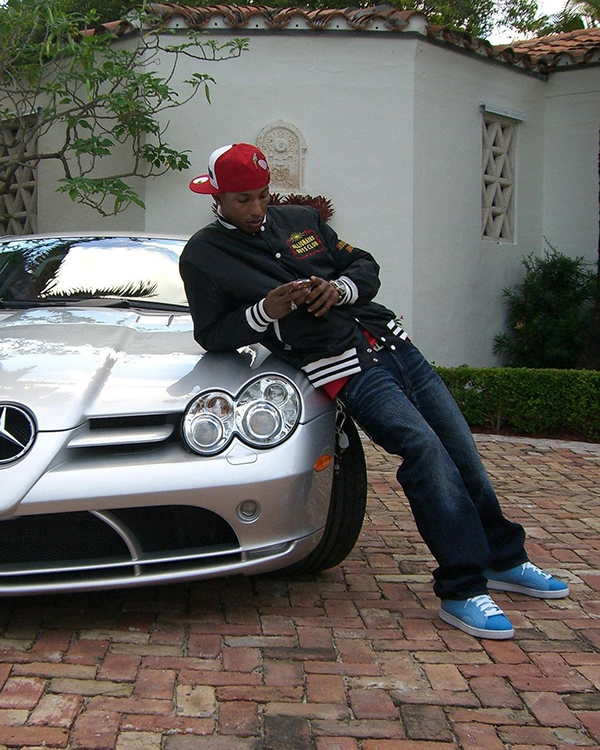 The “Happy” singer announced his first digital auction house, where he’ll be selling his “cultural artifacts” in a very stylish online garage sale. Among the items, there will be a Women’s Rights motorcycle leather jacket, a Jacob & Co custom gold-encased Blackberry phone, a diamond N.E.R.D. chain, a gold PlayStation portable, and more.

But, although it’s part of the same photo set, there’s something that won’t be going under the hammer – his Mercedes-Benz SLR McLaren.

The Grammy Award-winning artist has had this car for over a decade. He shared in an older interview with the Daily Mail that he “loves driving” and explained that, “I drive an Enzo Ferrari, but also have a Mercedes-Benz SLR McLaren that I ride around in. The other vehicle that I love is my tour bus, because it has a studio installed in the back and I can record wherever I am in the world.”

Of course, since then, he’s added more vehicles to his collection, but he proudly reminded everyone that he still has the silver Mercedes-Benz SLR McLaren.

Pharrell also owns a Ferrari SF90 Stradale, a Rolls-Royce Phantom, and a Porsche 550 Spyder. But the SLR McLaren seemed to be the best choice when it came to his set filled with his “Son of a Pharaoh” collection.