Often called the greatest basketball player of all time, Michael Jordan also has an interest in fast machines, as evidenced by the recent announcement that he would be establishing a NASCAR team, 23XI Racing, together with Denny Hamlin and featuring Bubba Wallace behind the wheel. It’s hardly surprising, then, that he would also be an owner of multiple supercars, many of which could be seen in the ESPN documentary The Last Dance. One of Jordan’s previous supercars, this 2007 Mercedes SLR McLaren, is now up for sale on eBay Motors. 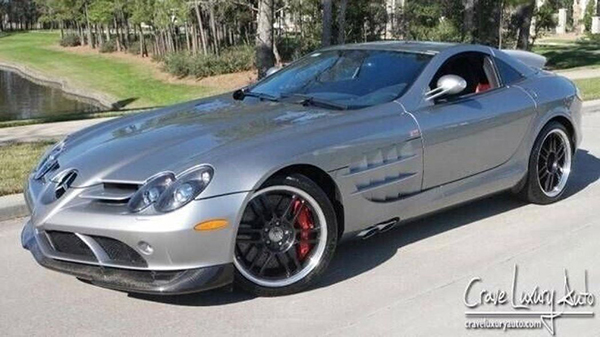 Besides its celebrity provenance, this Mercedes SLR McLaren is special for another reason: It’s the special 722 Edition, built to commemorate the 1955 Mercedes-Benz win at the Mille Miglia. That winning Mercedes-Benz 300SLR racer, piloted by Sir Stirling Moss and Denis Jenkinson, was car #722 (so designated because of its 7:22 a.m. start time). 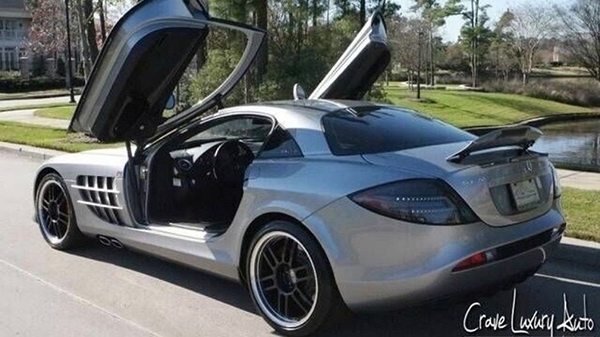 The SLR McLaren 722 Edition features a 650-horsepower supercharged 5.5-liter V8 engine and is able to accelerate from 0 to 62 mph in 3.6 seconds. Top speed is 209 mph. Good thing the front splitter and rear diffuser are modified for increased downforce at high speeds. The ride height also is lowered and the suspension stiffened compared to the regular car, and larger brake rotors are fitted. The interior brings leather and Alcantara upholstery along with gloss-finished carbon fiber trim. Special black wheels and subtle red “722” badges complete the picture. 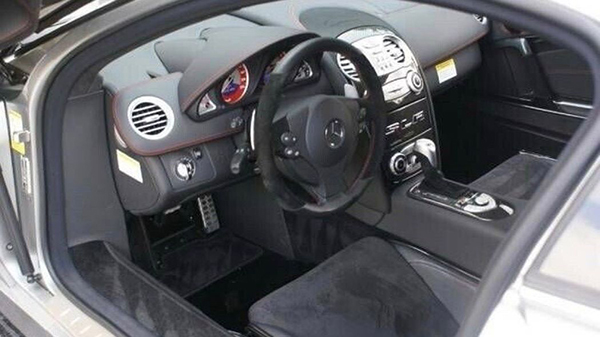 This car has 1,038 miles on the clock, so it must not have been in heavy rotation with Jordan’s many other rides. At this writing, the car has a bid of $35,100 with the reserve not met. We’d guess bidding has a way to go before someone has a realistic chance of driving this baby home, since the Buy-It-Now price is $695,750.