In 1995, the McLaren F1 Team inked the papers with Mercedes-Benz to purchase racing engines from the German carmaker for their top motorsports team. Admittedly, the results were not that spectacular in the beginning. But eventually, the team managed to win the Manufacturers’ Championship in 1998. 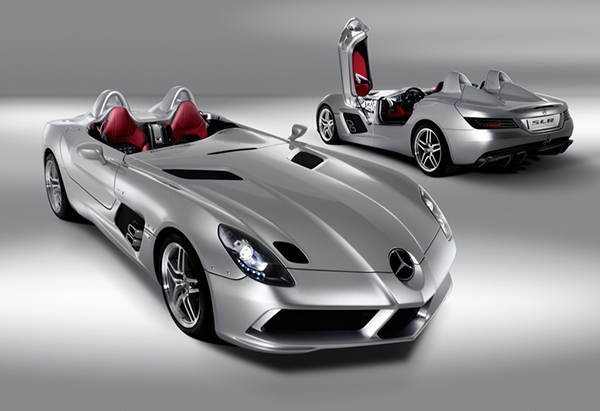 The following year, in 1999, the German carmaker unveiled the Vision SLR concept car at the North American International Motor Show. It looked so radical that no one believed they were going to make it. Fast forward to 2003, and the German carmaker owned 40% of the McLaren Group. Nevertheless, there were few to believe that they would build a vehicle together. And yet, in the year’s autumn, at the Frankfurt Motor Show, the three-pointed-star brand unveiled the supercar.

It was named SLR after the original 1955 race car and was abbreviated for Sport, Leicht, and Rennsport (Sport, Light, Racing). But the 2003 car was just a teaser. It sported a 5.0-liter supercharged engine carried over from AMG, but it wasn’t the production version. That came two years later, fitted with a 5.4-liter powerplant that produced 626 hp (617 PS) and sent its 780 Nm (575 lb-ft) torque to the rear wheels via a five-speed automatic transmission with Touchshift control, which enabled the driver to manually change gears.

But that wasn’t all! The bodywork was made with carbon-fiber-reinforced-plastic (CFRP) materials to be lighter. Moreover, it was fitted with massive carbon-fiber brakes for those times: 370 mm up front and 360 mm out back. Moreover, at the back, on the trunk lid, an adjustable wing served as an aerodynamic brake. It could have been engaged either automatically or at the touch of a button on the steering wheel. 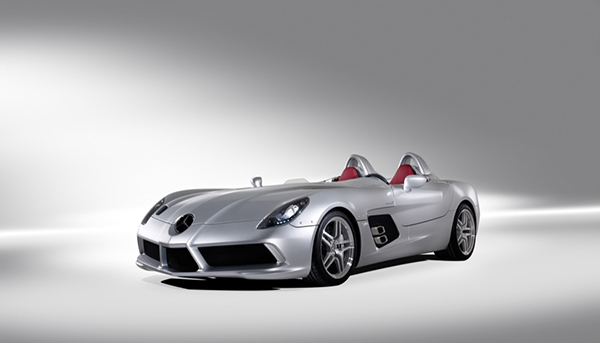 But the sales were slow. Moreover, it was a $300,000 supercar which, despite its prestigious brand, was not offered by a supercar maker. Then, to add insult to injury, in 2007, the world financial crisis hit the market, and the sales plummeted even more. Thus, in 2009, the carmaker decided to pull the plug on the SLR, but not before launching this incredible version: the SLR Stirling Moss edition.

The carmaker stated at that time that this final version of the SLR was “a legitimate bearer of the name of the British motor racing legend and Mille Miglia record-holder Stirling Moss, who drove the legendary Mercedes-Benz SLR racing cars from victory to victory in 1955.”

The car was based on the SLR 722 Roadster edition. It had just an inch (2.5 cm) of a windshield in front of the driver and an even shorter one in front of the passenger. In addition, Mercedes-Benz provided the car with two pairs of leather helmets and goggles to protect the occupants’ eyes. Moreover, the styling was even more radical than on the regular SLR. This time, the carmaker asked for no more, no less, than 750,000 Euros (911,291 Euros in today’s money, or $958,679). All 75 units were produced by the end of 2009, and all were immediately sold, becoming collectibles. 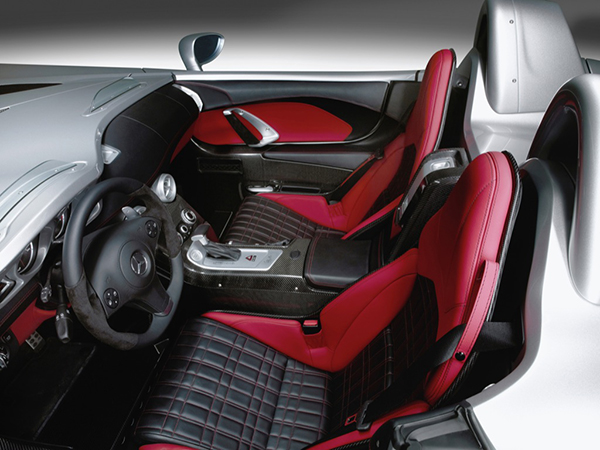 Under the hood, Mercedes-Benz installed the evolved version of the original engine offering 650 PS (641 hp), and it could rocket from 0 to 62 mph (0-100 kph) in 3 seconds flat. As a bonus, it could keep going up to 350 kph (217 mph). The powerplant was still mated to a five-speed automatic transmission fitted with paddle-shifters behind the steering wheel. It wasn’t the fastest production car on the planet, though. That title already belonged to the Bugatti Veyron.

The story doesn’t end here. Fast forward 13 years later, and the SLR Stirling Moss edition is a hard find on auctioning sites. Yet, there were some rumors that one of them recently traded hands for 2.6 million Euros in Europe, while another vehicle is waiting for a customer at a $2.7 million price in Dubai. In 2011, one example was for sale in the U.S. for $1.75 million. But given that they are barely popping up at auctions, their price might go above the $3 million shortly. Moreover, the cars were available in a few colors, and the four or two (the numbers were not confirmed) white ones are even more expensive today.

If you can’t stretch to one of these gems, you may go for the next best thing: a regular roadster. Those may be found for around $600,000, and their price will rise as well.