At the time of its release, the Mercedes-Benz SLR McLaren was quite a wild car. The vehicle was nothing more than another (typically silver) performance Mercedes coupe to the casual passerby. However, those in the know on Mercedes-Benz and exotic cars, in general, would be the first to flip their lid when seeing one on the street. If not for the side-exiting exhaust and signature McLaren style butterfly doors, it would even be stealthy to us car enthusiasts when cruising by at the speed limit. However, with its absurd V8 powerplant and brutal acceleration and top speed, the SLR McLaren is nothing short of a supercar. 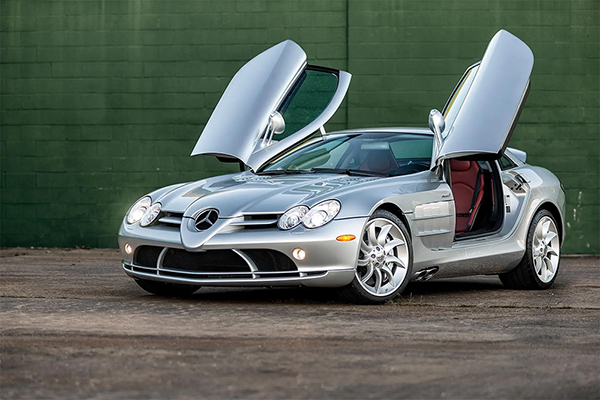 Currently, this gorgeous low-mileage example is for sale on Bring A Trailer. Its seller is a collector, so it has been meticulously maintained. It also includes a framed original window sticker Quality Assurance certificate, a first aid kit, manufacturer’s literature, two key fobs, a clean Carfax report, and a clean Texas title. This is undoubtedly a collector’s example of the SLR McLaren.

SLR Stealth Hides Insane Performance
For those who aren’t in the know on the absurd performance, the SLR McLaren carries, worry not. We’ll fill you in.

Under the hood of these beasts is a supercharged 5.4-liter AMG V8 engine making a whopping 617 horsepower. Additionally, the engine brings 575 pound-feet of torque to the table. For a car that initially debuted in 2003, these numbers are insane. 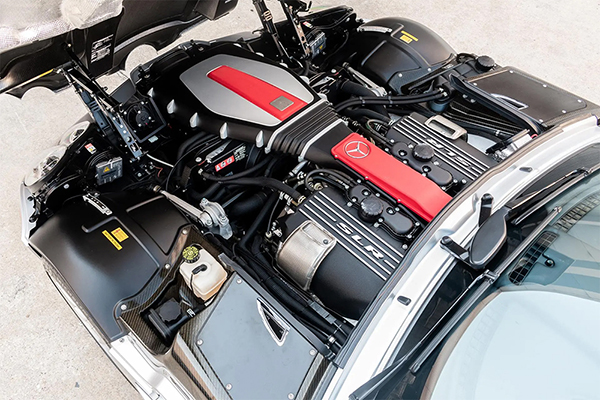 The SLR McLaren features a handful of genuine racecar features, too. For example, it uses a dry-sump oil system for the engine and has a number of skid plates creating a flat bottom on the entire underside of the car to maximize aerodynamic performance.

These features amount to a remarkable 0-60 sprint in just 3.4-seconds. If that doesn’t do it for you, perhaps the 208 mile-per-hour top speed will get your heart racing.

Of course, the Mercedes-Benz side of things isn’t lost. That’s perfectly evident in the high-class interior and remarkable ride quality. Despite being ridiculously fast, it’s still very smooth and drivable. 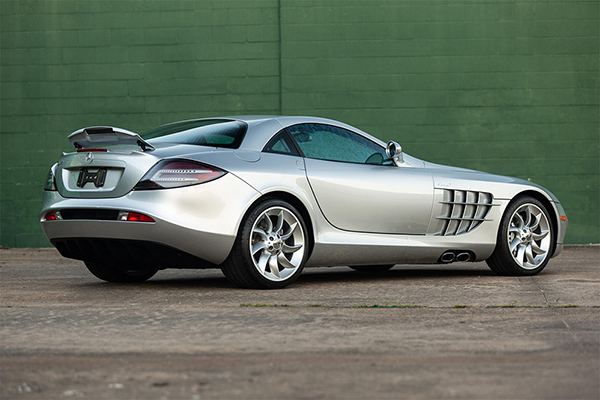 A Chance to Own a Legend
Up until a couple of months ago, we would have told you the chance to buy a Mercedes SLR McLaren was a rare opportunity. However, since September, three SLR McLarens have sold on Bring A Trailer alone. Two were sold in the month of October alone. While that does seem a bit bizarre, it gives us a bit of insight as to what to expect for the final sales price.

The original starting MSRP on the Mercedes-Benz SLR McLaren was $462,900. Of the three SLR McLarens sold on Bring A Trailer over the past couple of months, two were roadsters, which tend to sell at a different price point. Most recently, a coupe sold for $281,000 with similar mileage. So, we’ll be watching this one closely to see what it sells for. Compared to the original MSRP and the performance, that price range seems fairly reasonable.