Tony Blevins had been with Apple for 22 years before his fall from proverbial grace this week, and it was all due to a viral What Do You Do for a Living video posted by Daniel Mac on his social media platforms, and gone viral. He served as Vice President of Procurement, boasting in an older interview that he was known as “The Blevinator” for his ability to cut costs by negotiating lower prices for product supplies.

Mac is famous for his video series which sees him approach people driving expensive cars and asking them what they do for a living to afford this kind of rides. Most of his videos go viral, and along the years, he’s come across some of the most famous people in all fields of activity, from U.S. President Joe Biden to self-taught “chef” Brooklyn Beckham and rapper Wiz Khalifa.

This is perhaps the first time one of his videos has had such terrible consequences for the interviewee – Blevins, to be more specific. You can see it in full below. As Blevins rolls up in a silver Mercedes-Benz SLR McLaren, looking dandy in a Tiffany blue suit, with a colorful shirt and bright red shoes, Mac asks him the usual question: what does he do for a living? 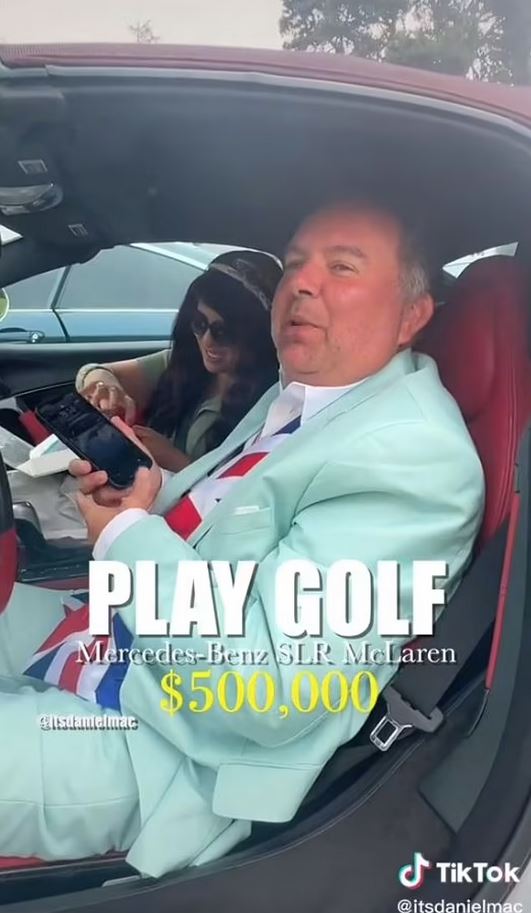 Blevins is obviously in a good mood and, perhaps inspired by a line in the 1981 movie Arthur and wanting to brag, he says that “I have rich cars, play golf, and fondle big-breasted women, but I take weekends and major holidays off.” “Also, if you’re interested, I got a hell of a dental plan,” he adds after he’s gotten out of the car.

Mac replies by saying that he’d like to give that kind of a job a try, and the video cuts off. The short clip was posted online on September 5, racking up over 1.4 million views in the meantime. It also got hundreds of complaints, mostly with Apple’s Human Resources, Bloomberg reports. It wasn’t Blevins’ bragging about the car that landed him in hot water, but his comments about breasts, as you probably guessed. Apple agreed with them that it was the wrong kind of thing to say in public, and fired him.

In a statement to the media outlet, Blevins has apologized for his “mistaken attempt at humor,” confirming his forced exit from the company.