Introduced at the 1999 North American International Auto Show in Detroit Motor City, the Vision SLR previewed the poster-worthy grand tourer we’ll cover in this article. Inspired by the 300 SLR Uhlenhaut Coupe from 1955, the Sport Leicht Rennsport is a collectible modern classic that was manufactured in limited numbers by McLaren instead of Mercedes. 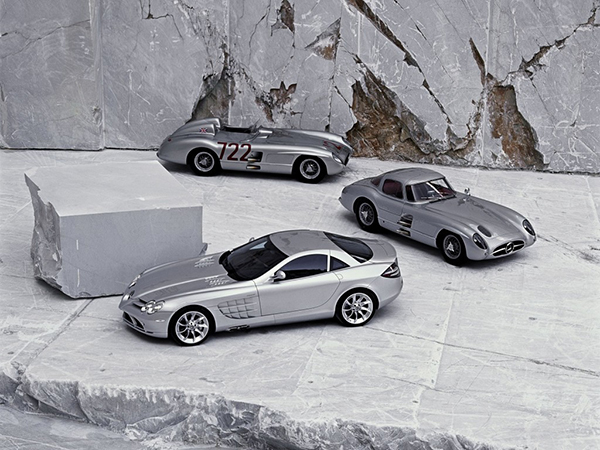 Gordon Murray, the father of the record-breaking McLaren F1, served as lead engineer of the project. According to Murray’s two-volume book “One Formula – 50 Years of Car Design,” the poor guy had to fly to Stuttgart every week for the better part of six months to convince Mercedes that McLaren is capable of exceeding the German automaker’s initial targets for the SLR.

Instead of a rival for the Ferrari 550 and other contemporary GTs, the Sport Leicht Rennsport crossed over into supercar territory due to one man’s determination. The peeps in Woking and the boring dudes in Stuttgart always found themselves at odds during the development period, but still, Gordon Murray’s team had successfully managed to shed a considerable amount of curb weight off the SL 55 AMG roadster to create the carbon-clad SLR.

Carbon bucket seats and carbon-ceramic rotors with a brake-by-wire system also need to be mentioned, along with eight-piston calipers up front because the SLR is no Lotus 7. A five-speed automatic transmission is responsible for channeling the supercharged V8 engine’s resources to the rear wheels. 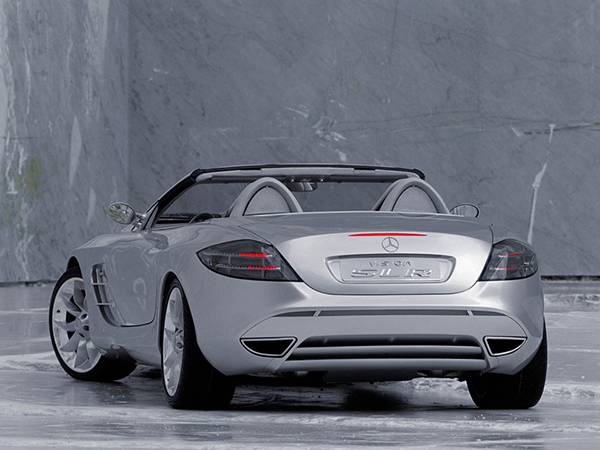 Taking inspiration from the Prancing Horse of Maranello’s 550 and 575M grand tourers, the SLR features a rear-biased weight distribution even though it’s a front-engined car. The 49:51 weight distribution helps the Sport Light Racing’s handling dynamics while also improving traction. 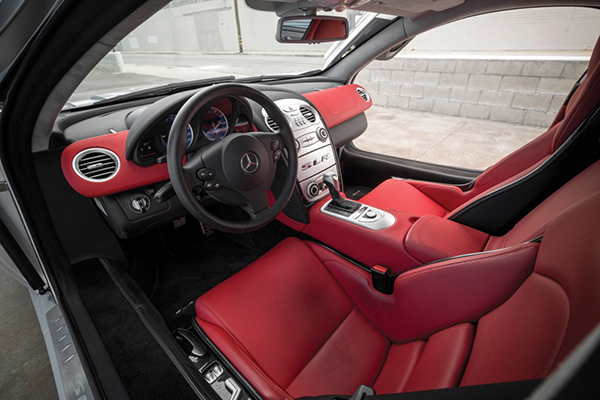 Obviously enough, Murray had to relocate the powerplant far behind the front axle to achieve this result. What’s more, the force-fed V8 weighs considerably less than a twin-turbocharged V12 such as the M275 in the mighty SL 65. Better still, it’s only seven kilograms (15 pounds) heavier than the free-breathing V12 powerplant in the Ferrari Enzo limited-edition supercar.

As opposed to the Vision SLR, the production version’s exterior design had to be altered in the name of aerodynamics. To understand how many things had to change, it’s necessary to remind ourselves that Murray decided on a side-piped exhaust system to enable a completely flat underbody. This engineering-driven alternation gave the SLR a pair of side vents. In addition to their cool design, the vents cool the catalytic converters and mufflers. 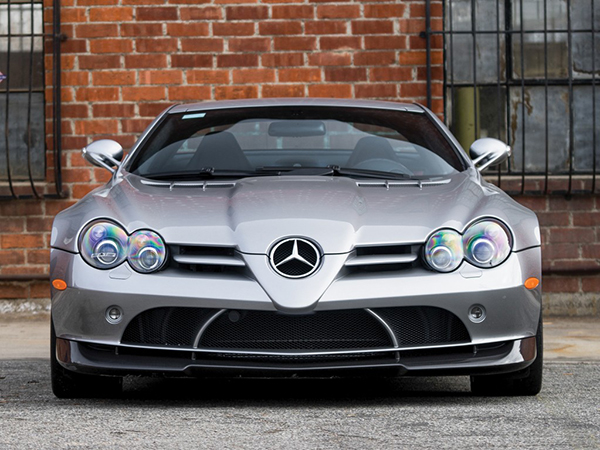 Gifted with butterfly doors and a Formula 1-style nose reminiscent of the racecars that helped Mika Hakkinen secure two drivers’ championships, the SLR received a more powerful version in 2006. Named after the starting number of the 300 SLR from the 1955 Mille Miglia road race, the 722 also features lighter wheels and upgraded suspension bits for better handling.

The roadster went on sale in 2007 with a semi-automatic roof that needs to be manually unlatched and briefly pushed up before the electric actuators fold it back. The final incarnation of the SLR is the Stirling Moss, named after the late British racing driver who drove the open-topped 300 SLR to victory at the Mille Miglia. Only available to existing SLR owners, the Stirling Moss numbers only 75 units, which makes it rarer than any other SLR variant out there.