Mercedes-Benz built the SLR McLaren between 2003 and 2009 and the 722 variant was one of the rarest and most desirable models sold. Not long after production had wrapped up, McLaren Special Operations got its hands on the SLR 722 and upgraded 25 cars.

MCLAREN IS BUILDING ME A RACE CAR!! || Manny Khoshbin

The Mercedes-Benz SLR McLaren is a very special supercar. Just over 2,100 were built during its production run through the 2000s, including a special model called the 722 Edition in honor of Sir Stirling Moss. That led to a track-only version called the 722 GT, stripped of its luxurious interior and focused purely on going fast. Just 21 were made.

Flash forward to 2022. McLaren isn’t done with the SLR just yet – McLaren Special Operations (MSO) is offering SLR owners a second crack at the 722 GT, with a twist. On the outside, you get all the aero goodies that make the already distinctive SLR a copy of the race car. Underneath, some modest mechanical upgrades make it feel more like a race car. But on the inside, it’s pure road-going luxury. Its name is the SLR HDK by MSO, and if you hand over a standard SLR with $350,000 in the glove box, MSO will build you one. Maybe. 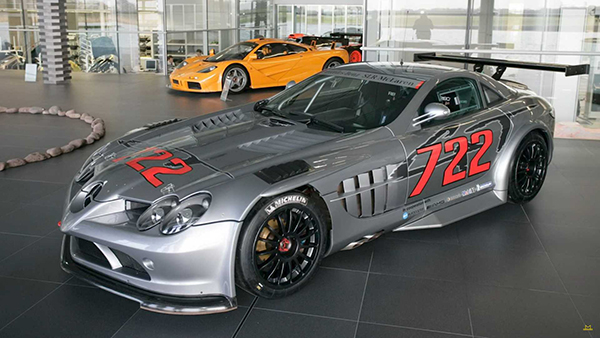 Noted McLaren SLR enthusiast Manny Khoshbin has several of these cars, and he offers some insight into this very exclusive world in the video at the top of the article. He shipped an SLR across the pond several months ago for the conversion, which includes new front and rear fascias, new rear wheel arches, side sill extensions, a lip spoiler, rear diffuser, new wheels, and of course the big wing. It can be had in any color, though all will come with special badging.

Mechanical upgrades include a handling package for the suspension, new steering, and a new exhaust system with a bypass valve to let the 5.4-liter supercharged V8 sing with authority. And instead of stripping the interior, the SLR HDK’s greenhouse is enhanced with fresh trim. It’s road legal and, from what we gather, it offers the best of both worlds.

According to the video, there are other upgrades to the car but details aren’t offered and McLaren MSO has no official information available. It’s also something not available to everyone with a car and cash, as Khoshbin says just 12 will be built. He’s getting one, so it’s safe to say he’ll be back with a video once it’s delivered.