Representing a tribute to the iconic Mercedes 300 SLR, the modern Sport Leicht Rennsport (Sport Light Racing) is a rare sight. Only 2,157 cars were ever assembled between 2003 and 2010 by McLaren at its Technology Center in Woking despite an initial plan to build 3,000 examples. The high-performance coupe with its long hood and gullwing doors was a stunner in original form, be it the basic model or one of the special editions it received over the years.

Speaking of which, there were quite a few limited-run variants, including the McLaren Edition and the 722, not to mention the spectacular Stirling Moss speedster and the 722 GT race car. As for this sinister-looking car, it started out in life as a regular coupe first registered in 2005 before Mansory got its hands on it. The end result is worthy of a Batmobile, with a soundtrack to match. 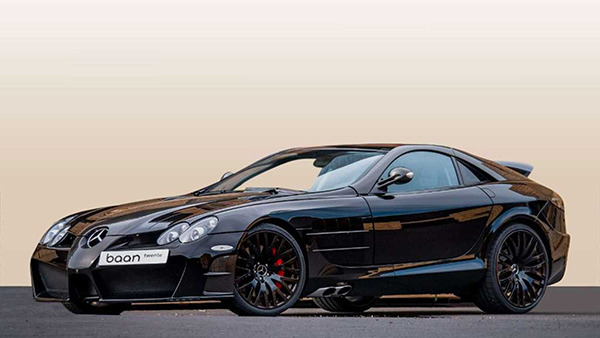 Bathed in carbon fiber, the SLR finished in Crystal Galaxite black metallic sits on 20-inch front and 21-inch custom wheels with carbon fiber inserts. Mansory installed LEDs in the side air intakes that light up whenever you open the gullwing doors, but they’re too far to be considered puddle lights. In other words, they’re just for show. 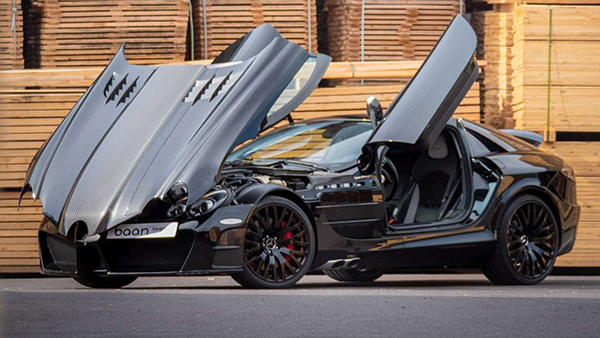 There are more carbon fiber accents and light-emitting diodes to be found on the inside where we’re noticing probably the car’s weak point. We’re talking about the aftermarket infotainment system that has erased the classic “SLR” badge on the lid covering the standard radio. The retro look of the center console had to suffer because of the newer tech implemented, and using a touchscreen mounted so low is a recipe for distracted driving. 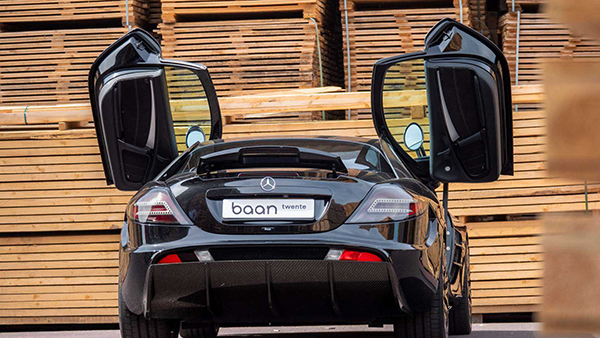