Bonhams auction house is holding an auction on 9 October in Belgium offering for sale a Mercedes SLR McLaren 722 S Roadster of which only 150 examples have ever been produced. 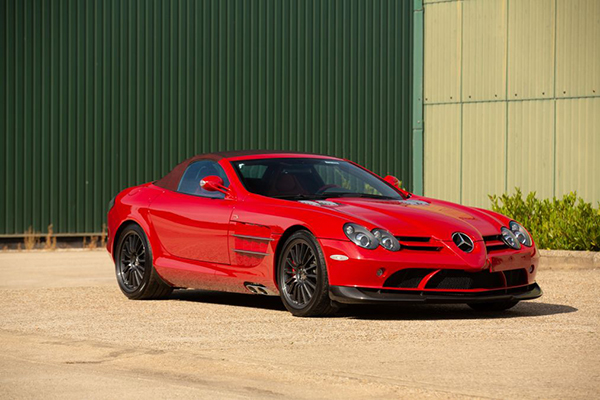 The Mercedes SLR McLaren was not exactly a success. Mercedes had planned to sell 3,500 units between 2003 and early 2010, 500 units per year, but only managed to find 2,157 customers. Even as a collector’s car, the Mercedes 300 SLR McLaren didn’t reach the astronomical prices of the famous Mercedes 300 SL Gullwing, with the models sold at auction selling for less than the new car’s 2003 price of 452,000 euros.

However, limited edition 722 Edition examples of the coupe are valued at higher prices among collectors. The same situation is for the Mercedes 300 SLR McLaren 722 S Roadster which is the roadster version of the 722 Edition. 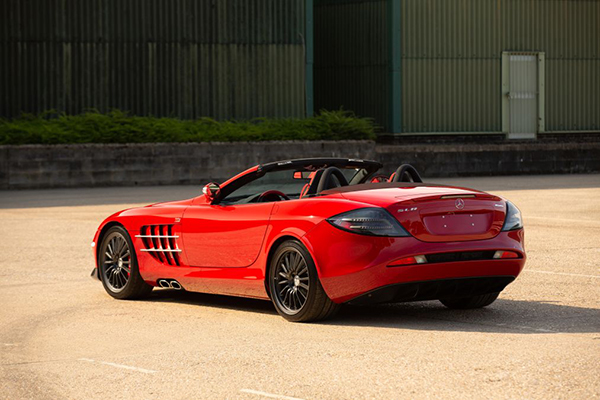 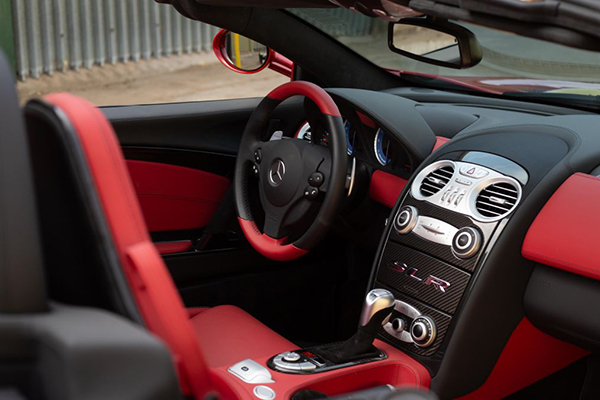 The auctioned model is almost new with only 82 km on board and was built to Swiss specifications. The car is painted in a special Fire Opal colour and the interior is upholstered in Silver Arrow Leather – 300 SL Red with a Red-Black soft top. It has Carbon-fibre bucket-type sport seats XL size, Black carbon interior trim, red seat belts and shoulder straps and 2-tone steering wheel. Comes standard with 19-inch forged aluminum multi-spoke wheels.