We have a soft spot for R129’s here at MBWorld. For the aspirational, these cars are an affordable way to enter the world of SL ownership. Back in their prime, they were coveted by royalty; literally, Princess Diana had one. But for the most part, these cars don’t get much aftermarket attention compared to newer AMG models. But you can bet that when someone gets ahold of one, they go wild. 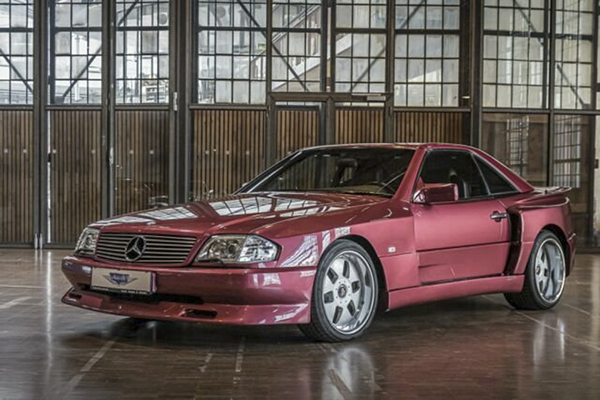 That’s what Konig did with this 1992 500 SL. Found on ClassicDriver, Konig clearly went all out with the box flared goodness. Front fenders vent outward the door, and the rear flares have an open vent just aft of the door. Although it is clear from the pictures that it is just cosmetic. On the inside you’ll find the maroon theme continue, with upholstery all in a familiar hue. Even the gauge faces are now crimson.

But as crazy as the Konig kit is, this interior was a factory option. They just built a few things around it to continue the idea. Which is also true about the factory hardtop, now finished in the same metallic flake paint as the exterior. 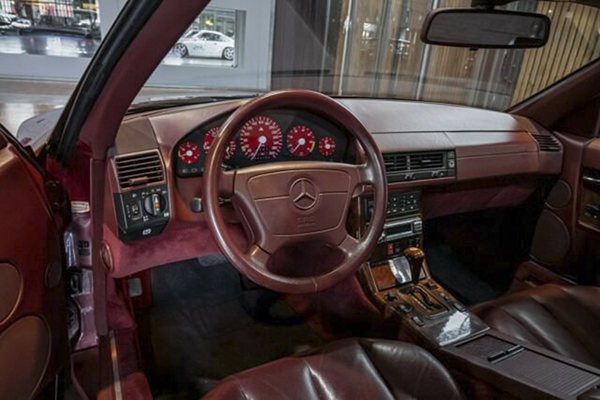 Mechanically, this car has what appears to be different wheels, but that’s about it. Under the hood you’ll find the familiar M119 V8 making a stout 322 horsepower. There’s an aftermarket exhaust of unknown make that terminates at the rear, too. It’s enough to have plenty of fun, and look good in the process. Granted, a CLA45 AMG could blow the doors off this thing, but that’s not the reason you buy it. 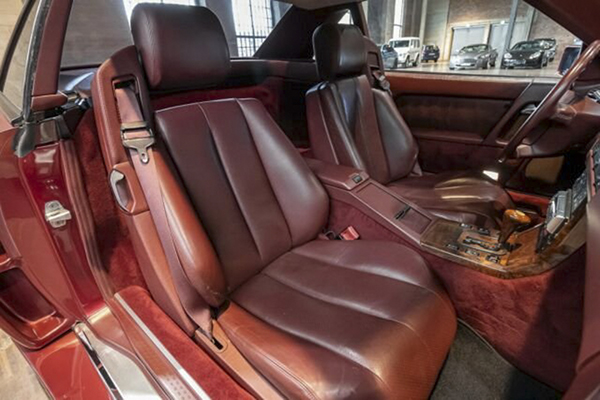 No matter which way you look at it, from a design by Konig, it is rather subdued. We think that’s because this was a later conversion. Keen eyed folks will note the headlights and taillights have been swapped out to the later facelift SL. Our estimates say this is at least half a foot wider than the original. But this is nowhere near as wild as some of the gullwing creations that came out of the 1980s.