The Mercedes-Benz SLS AMG Roadster Is the Forgotten Mercedes Supercar

There was a time when AMGs were free-breathing monsters with an incredible appetite for burning rubber. But somewhere along the way, Mercedes started to fine-tune these vehicles for handling as well. The SLS comes to mind, which is the spiritual successor of the Gullwing from the 1950s and the precursor to the GT series of… uhm… sports cars.

We’re not going to delve into the German automaker’s confusing nomenclature but focus on the SLS AMG Roadster reviewed by Doug DeMuro. Although it’s been developed from the start as a great-handling grand tourer with seating for two people, the automotive vlogger describes this fellow as “the forgotten Mercedes supercar” and “a fantastic supercar.” 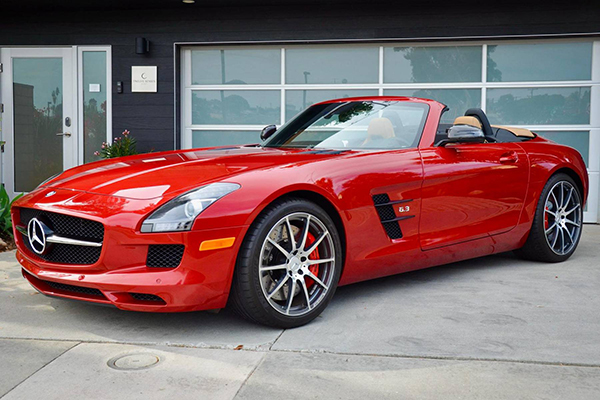 The reason Doug says it’s forgotten boils down to the gull-winged coupe body style and those amazing Mercs from the 1990s and 2000s. The CLK GTR comes to mind, which won 17 races out of 22 races entered in the FIA GT Championship. The McLaren-infused SLR also needs to be mentioned.

As for the reason Doug calls it a supercar, the SLS AMG Roadster was considered as such back in the early 2010s. The GT version develops 583 ponies and 479 pound-feet (650 Nm) of torque from 6.2 liters of displacement, which is more than Ferrari offered in the 458 Italia. 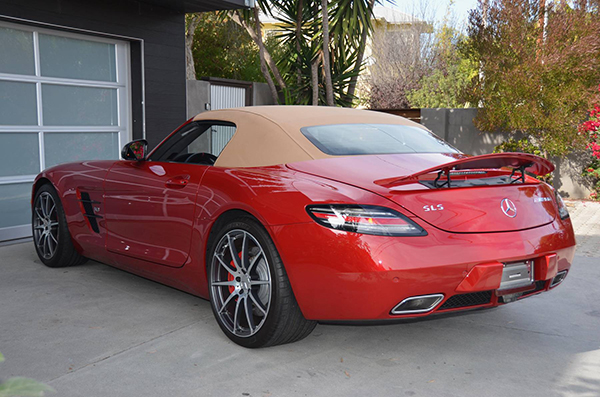 60 miles per hour (96 kph) in 3.5 seconds and one of the most intoxicating exhaust notes in AMG history makes the SLS AMG Roadster very super indeed. Moving on to the test-drive part of the video review, Doug mentions 589 miles on the clock, which translates to approximately 950 kilometers.

Indeed, ladies and gents. The 2013 model before your eyes – chassis number WDDRK7JA0DA010048 – has also been listed on Cars & Bids. What’s even more surprising than the mileage is the car’s history. More to the point, “this SLS was confiscated by the U.S. Marshals as part of a car collection owned by two doctors who were convicted of operating an illegal pill mill.” Yikes!

Auctioned off in 2017 and purchased by the seller in October 2020, this blast from the not-so-distant past currently sits at $85,000 after nine bids.