Mercedes is talking up the sports car qualities of its new 2022 SL and trying to convince us the latest model is the kind of driver’s car that made the original 300SL Gullwing such a legend. 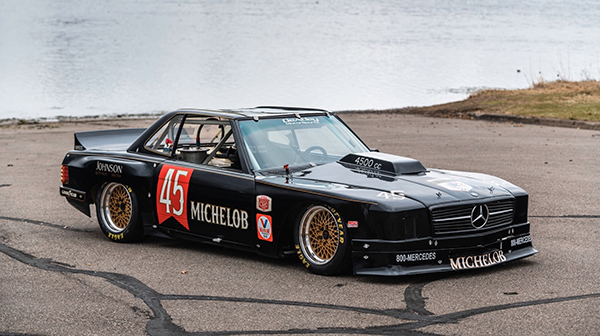 But when it comes to attitude the 2022 SL is a shrinking violet compared to this 1982 450 SL Trans-Am racer, which is set to be auctioned by Mecum at its Kissimmee sale in January.

While the Michelob-sponsored Mercedes is instantly recognizable as an SL, things are a little more complicated than they first appear. Trans Am racing had started in the late 1960s as a way for carmakers to field vehicles that were similar to the machines available to the public, by the time this SL raced in the early 1980s it was a silhouette formula using purpose-built tube-frame chassis cars.

So under the R107-look fiberglass panels is a steel spaceframe, and a thundering 4.5-liter V8 de-stroked from 5.0-liters to comply with the series’ capacity limit. Originally fitted with fuel injection, it now wears a pair of Holley carbs that sit above the hood line necessitating a large central scoop.

What there is of the interior bears no relation to anything you could have bought in your Mercedes dealer in the early 1980s. There’s a chunky Personal steering wheel, a handful of gauges, a bucket seat, giant Hurst shifter for the manual ‘box, and that’s about your lot. 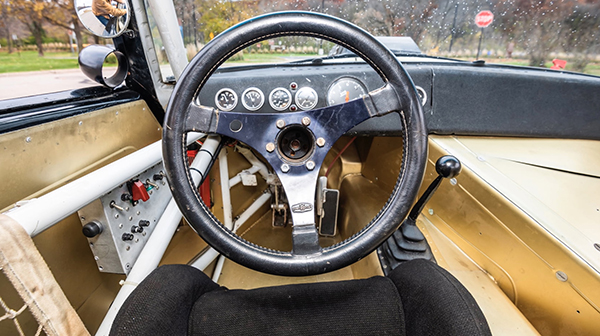 The SL was raced by Loren St. Lawrence during the 1982 season, where he shared a grid with actor and ace wheelman Paul Newman. Sadly, while the SL probably gathered plenty of attention, that was down to its badge and visual appeal, rather than its race prowess. The DeAtley Motorsport/Michelob team’s best finish that season was sixth place at Road America, while Pontiac went on to win the series ahead of Chevrolet and Porsche.

But as an interesting piece of Mercedes motorsport history, not to mention one of the meanest SLs ever built, it’s bound to generate some interest when it crosses the block with Mecum in January.