If you didn’t start saving every last penny from the day you received your first paycheck, it’s probably too late. When this restored 1955 Mercedes-Benz 300 SL Gullwing Coupe goes up for auction in Scottsdale next month, it could sell for a sum approaching seven figures. One of the most iconic postwar sports cars ever made, they have become incredibly valuable and sought-after by collectors around the world. This particular example, offered at no reserve, is one of 855 produced in 1955 and began its life in Havana, Cuba, after being delivered to the Ministry of Police there. Thereafter, it was rallied by Santiago “Chaquito” Gonzales, a professional race car driver who nabbed a victory in the SL at the 1957 Cuban Grand Prix in the over 2.0-liter Sports class. 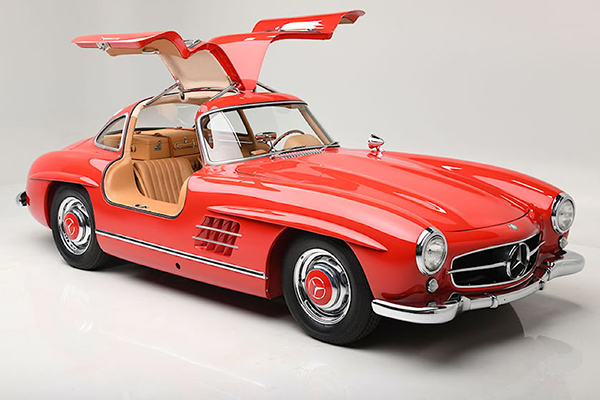 In 1961, the Gullwing was purchased and imported into the United States, specifically California. Ordered from the factory in striking Strawberry Red Metallic paint, it was then impeccably restored to its former glory by its third owner in the 1990s, when it received a repaint in Fire Engine Red. Optional equipment includes the beige leather upholstery, custom aftermarket luggage, a wood steering wheel, and VDO gauges. The original, matching-numbers M198 3.0-liter inline-six engine is paired with a four-speed manual gearbox. When new, the engine made about 212 horsepower. The fourth owner oversaw a full engine rebuild in 2003, and the car currently has just under 60,000 miles on the clock. 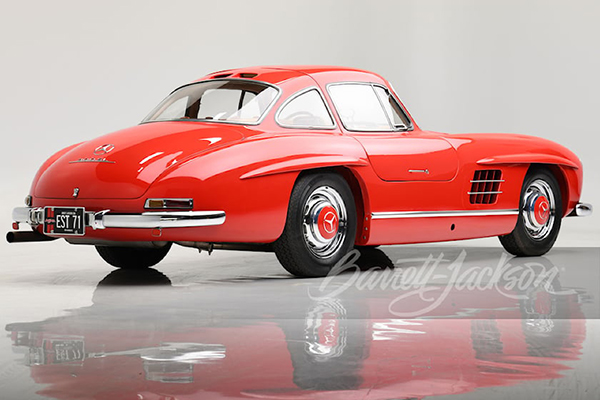 “The 1955 300 SL Gullwing Coupe is one of those vehicles that we’re truly excited to offer at No Reserve,” said chairman and CEO of Barrett-Jackson, Craig Jackson. “Not only is this Gullwing one of just 1,400 of a total production run, but its pedigree also includes a first-place win at the 1957 Havana Gran Premio National Race.” 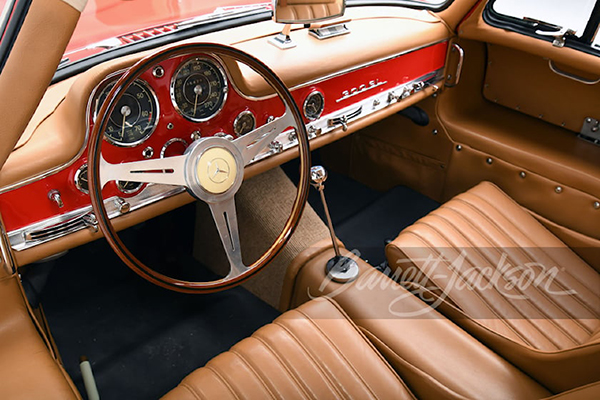 Included with the sale are the complete ownership history, photographs of the car being raced, and a copy of the factory export delivery notice. With its racing pedigree, rebuilt engine, and gorgeous paintwork, this 300 SL should sell for an amount that will make a modern Mercedes-Benz SL-Class seem affordable.