Power couple Toto and Susie Wolff have a lot going on during the Formula One/ Formula E season, but they seem to find time to enjoy the small things in life, and they do so, obviously, behind the steering wheel of various cars. This time, they took their Mercedes-Benz 300 SL Gullwing for what Susie called a “small spin.” 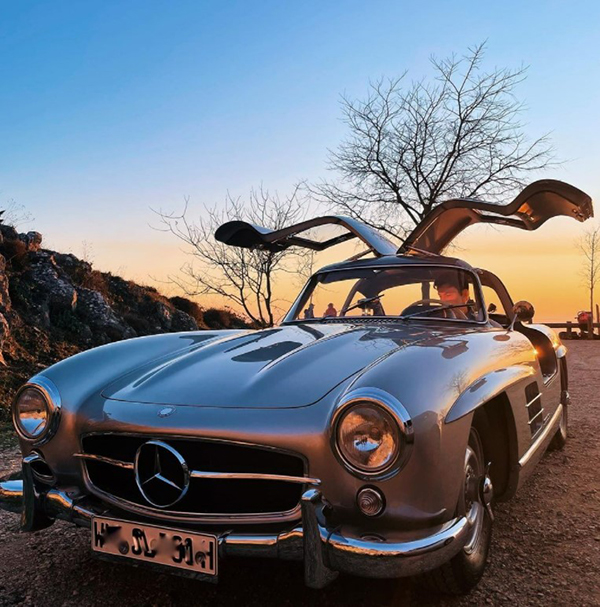 When you say power couple, you can’t help but think of several world-renowned couples, like Jay-Z and Beyonce, Gabrielle Union and Dwyane Wade, and many others. Of course, Toto and Susie Wolff are among them.

Toto serves as Team Principal and CEO of the Mercedes-AMG Petronas Formula One Team, and he’s also one of the three equal shareholders, together with Daimler AG and Sir Jim Ratcliffe’s INEOS. Meanwhile, his Scottish wife, former racing driver Susie Wolff, has received a promotion to CEO of the Formula E team, Venturi Racing, a couple of months ago.

With a lot going on this last season in Formula One, Toto Wolff should learn how to take a step back, and enjoy. But he’s still all about business as he just met up with FIA president Mohammed Ben Sulayem on Friday, January 14, to discuss the controversy surrounding the latest F1 race in Abu Dhabi Grand Prix. The meeting came two days after his birthday. Wolff turned 50 on January 12.

But, according to his wife, the two left work behind as they enjoyed a “small spin” in the couple’s Mercedes-Benz 300 SL Gullwing after a “wonderful weekend” together. Since the Gullwing is a two-seater, their son, Jack, who is turning 5 in April, must have stayed at home.

As a former ambassador to Mercedes-Benz, Susie Wolff seems to be quite a fan of their vintage vehicles. She previously called her Mercedes-Benz W113 a “pure joy,” as she took the convertible out for a drive in Monaco, on a Sunday last October.