Developed from the W194 racing car that scored overall wins at the 24 Hours of Le Mans and Carrera Panamericana in 1952, the W198 is the stuff of legends. Only 1,400 coupes were produced until 1957, and the pictured model was virtually unknown to the world until early 2018. 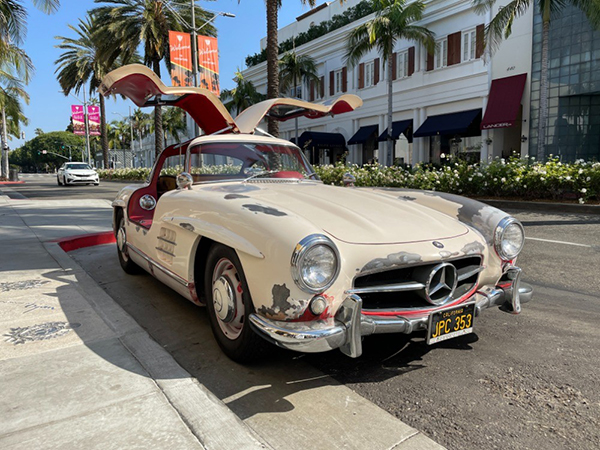 Ordered by L.A.-based assistant director Roger M. Andrews, chassis number 23883 was originally finished in DB 50 white paintwork, red for the leather upholstery, and optioned at the factory with a Becker Mexico head unit. Acquired by Hollywood real estate developer L. Milton Wolf in 1958, the car was refinished in red and fitted with bullet-like fender mirrors. 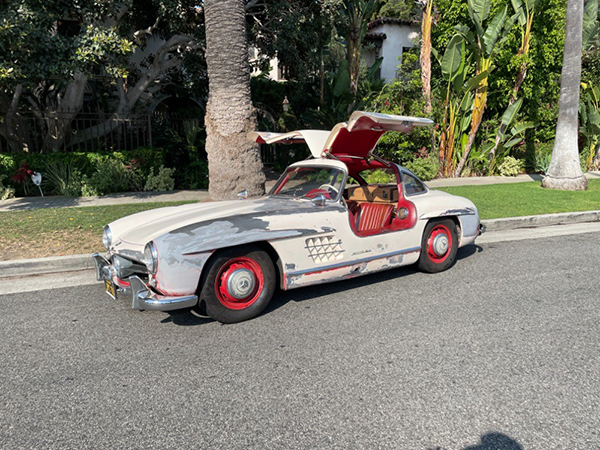 The gullwing-doored sports car was passed on to a family member in 1972. Driven sparingly until it was permanently retired from the road in 2006, the 300 SL was auctioned in August 2018 by Gooding & Company for $1,127,500 to Sammy Rad, a Gull Wing Group member and a massive fan of classic Benzes. Other than carefully stripping the red paintwork to reveal the original white hue, Sammy kept the car unrestored for obvious reasons. 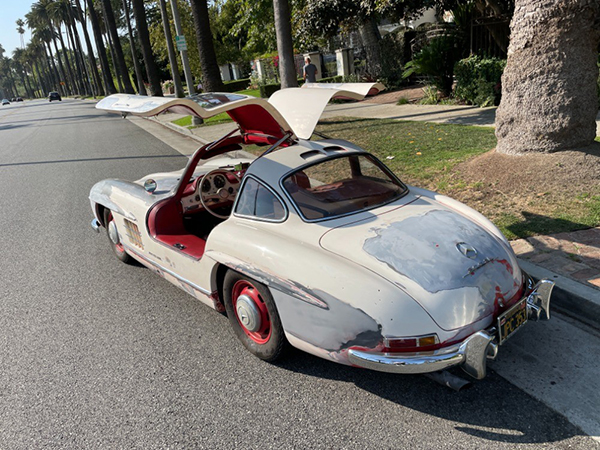 Presented in excellent running condition, this magnificent piece of automotive royalty is perfect for preservation or period-correct restoration. 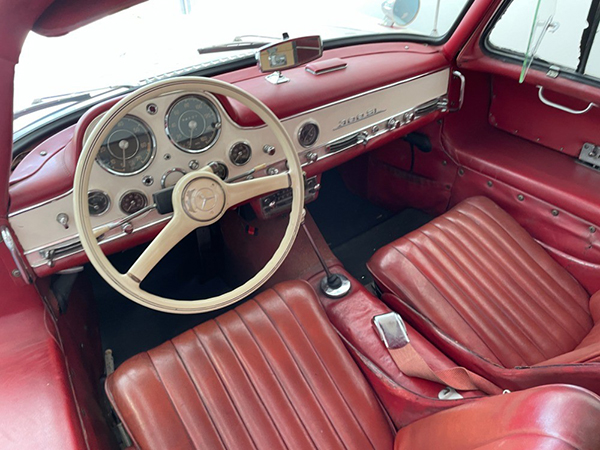 Only 11 percent of Gullwings were finished in DB 50, and fewer still were treated to red for the interior. Offered with a black license plate, matching-numbers engine, body, and chassis, as well as the original Karl Baisch luggage, the SL is backed up by the factory data card, manuals, and tools. 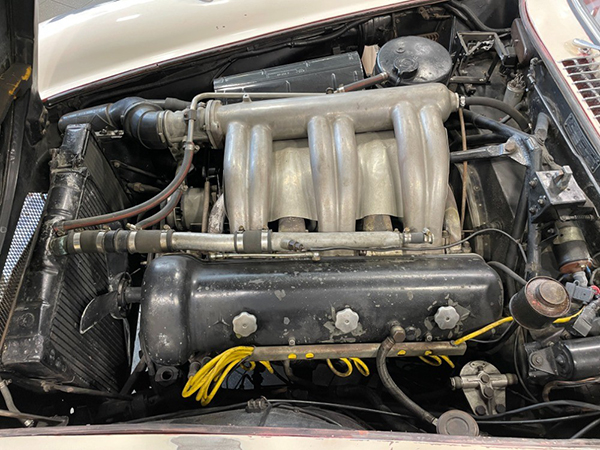 It’s not exactly cheap, though. Gullwing Motor Cars wants $1,395,000 for this exquisite blast from the past, which is quite a lot more than the suggested retail price from 1956 when this fellow was built for export to the U.S. market. The reason it doesn’t cost as much as other SLs is the four-speed transmission, which was reportedly sourced from a 300 SL Roadster.