First things first. Germany’s Mercedes-Benz 300 SL is undoubtedly a legend. No matter how hard people try and replicate it, that car is an absolute genius level. That being said, it doesn’t mean one can’t enjoy any of its clones. 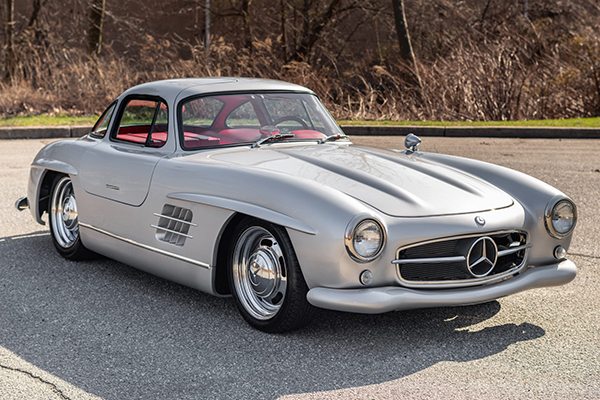 Unless the Mercedes hate level is equally unconditional, anyone would probably agree that when it comes to the original (1954-1957 for the Coupe, 1957-1963 for Roadster versions) 300 SL, the Gullwing has at least a couple of incredible traits. It’s not just an important piece of automotive history, but hands down, also one of the most beautiful designs with four wheels on the sides and an engine under the hood.

Logically, the automotive world has tirelessly tried (and many times failed) to replicate its incredible Gullwing appeal. From OEM level down to the DIY clone done in the backyard, everything was considered a fair game for years. And it’s only natural since original mint-condition examples are probably worth hundreds of thousands of dollars, if not millions. 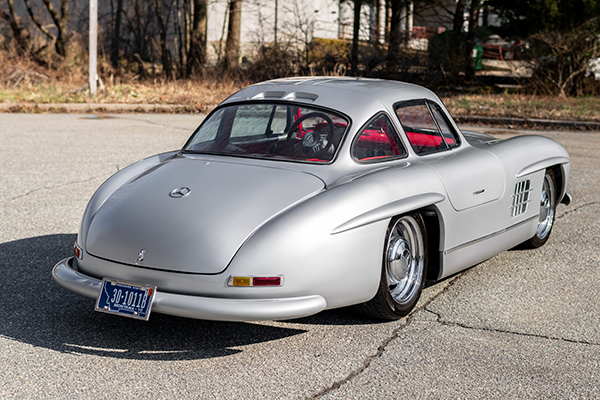 Now, owning an example would be an expensive dream come true. But perhaps one doesn’t need all the money in the world to brag about driving a Gullwing. Suppose the next best thing is a replica. And since you’re already here, we feel it’s implicitly accepted that a clone won’t be as good as the original. Ever.

But that’s not necessarily a deal-breaker. So, just in case the pocket isn’t deep enough to handle the original Gullwing, there’s a potentially faithful replica just up for grabs on the auction portal Bring a Trailer. Sure, it might not be SEMA Show-level of quality, but as far as the entire package is concerned, it’s not lagging too far behind it either. 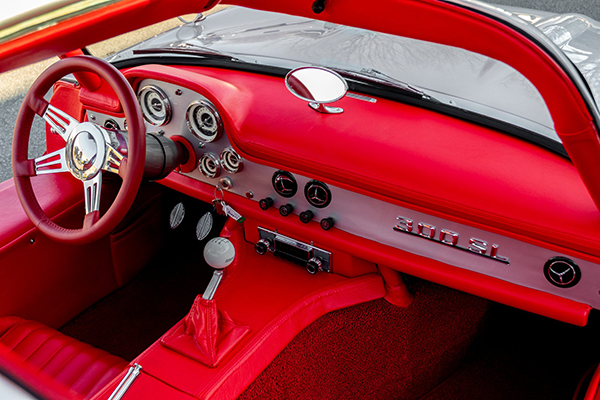 And since it’s offered up for grabs in America, it also comes with locally produced, surprise traits. According to the details shared by the seller (aka eurotechmotorsports), the car reportedly followed the style of the 300 SL Gullwing at the behest of the current owner since 2014. Allegedly built by Mansfield, Texas-based House of Hotrods, the Gullwing impersonator, has a silver fiberglass body, tube-frame chassis, and is powered by something very Chevy.

It’s a 5.7-liter LS1 small-block that’s mated to a T56 six-speed manual transmission. A fuel-injected mill, it allegedly runs on a reflashed ECU and has all sorts of cool bits and pieces. Such as the aluminum radiator with electric fan, custom intake, exposed coil packs, and – above all – a couple of 2.5″ exhaust pipes breathing out through Magnaflow mufflers at the back. 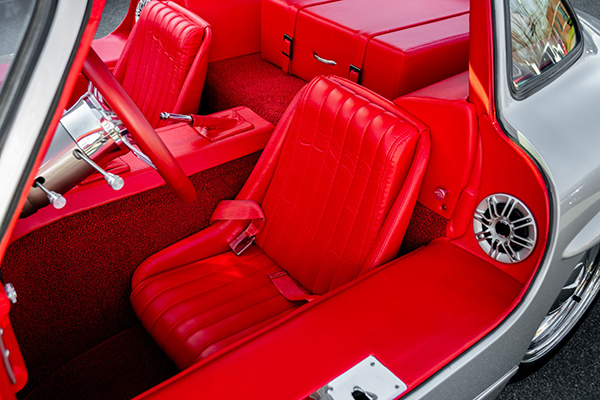 By the way, there are more GM surprises. Namely, the C4 Chevy Corvette running gear, which includes the suspension with adjustable AFCO coilovers. Other highlights are the gullwing-opening doors, chromed 17-inch wheels, Flaming River steering rack, Wilwood brakes, as well as the mandatory Mercedes-style badges and other identification details.

Going inside, there’s a fittingly crimson cockpit (both as far as Corvette and the actual OG Gullwing are concerned) with bespoke fiberglass-shelled bucket seats and dark carpets. Modern amenities also abound. And they include trunk/hood remote releases, an Old Air Products HVAC system, as well as cleverly-hidden sound elements to send the rave out from the RetroSound stereo. The speakers are concealed in the door jambs, as well as a rear box that’s made to look as if we are dealing with a travel suitcase.

The build is quite impressive, unlike the fact that it hasn’t been driven much. The replica comes with a mere 700 miles (1,127 km) on the odometer, so it’s safe to say that not many people witnessed it when in action. On the other hand, the highest bid is fairly low as well. At exactly 33k, and considering the attention to detail, it might be a bargain – save for the possibility of turning into a bidding war at the last moment.