Back in 1954, when Mercedes first started churning out gorgeous 300 SL coupes based on the W194 racer, its cultural impact was probably unknown. Even today, it quietly and amazingly reverberates throughout both real and imaginary worlds. 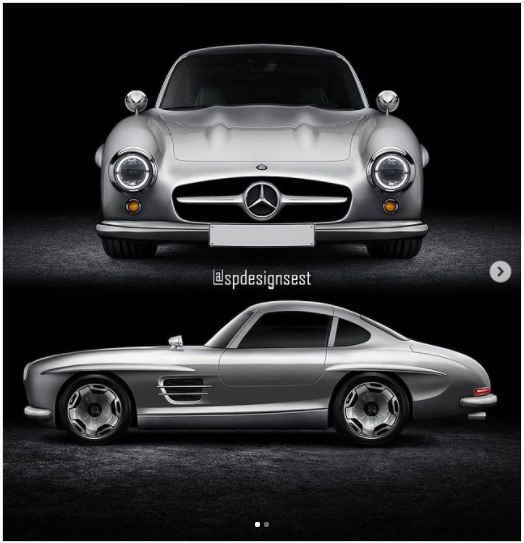 As far as the real world is concerned, the legendary Gullwing has been honored time and again. Both officially and unofficially, through direct replicas or spiritual successors. Such as Mercedes’ own SLS AMG, which was devised both as a call back to 300 SL days as well as a direct replacement for the SLR McLaren.

But in the virtual world, the preordained manner of doing things doesn’t really need to be taken into account. At least not on this occasion, anyway. As such, Siim Parn, the Estonia-based pixel master behind spdesignsest on social media, has decided to play with the Mercedes icon and add a small twist to his modernization efforts.

As such, disregarding the real-world 300 SL/SLS AMG heritage, his 1955 Gullwing rebirth traveled through time at the tip of his CGI brush and landed on top of an unsuspecting 2016 Mercedes-Benz AMG GT. Naturally, that might have to do with the newer internals, as the design has now morphed into something that looks like a vintage one-off creation. 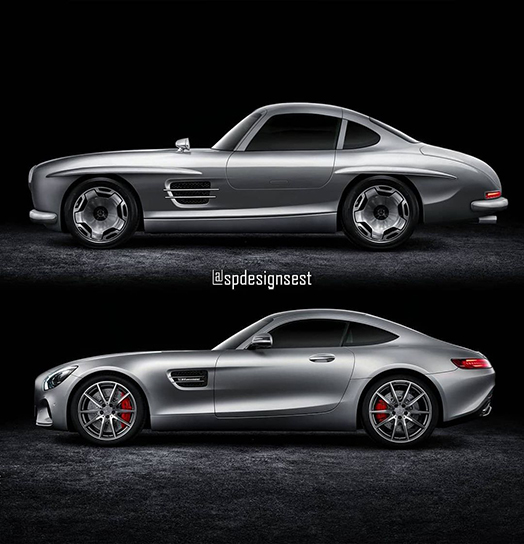 Unfortunately, as is always the case with this CGI expert’s digital projects, this is entirely wishful thinking. And we have a feeling that Mercedes isn’t going in a 300 SL direction with the replacement for the AMG GT Coupe, either.

After all, they have already presented the all-new R232 Mercedes-AMG SL as the successor for the Roadster version. And it’s probably only a matter of time before the German automaker also drops the curtain behind the fixed-roof version. This is kind of a pity, as far as styling is concerned, at least.

Frankly, I was already having canyon-carving dreams with this reborn 300 SL/AMG GT, and the ride clearly had a roaring AMG SL 63 V8 engine under the hood. Complete with 577 feisty ponies ready to do my sporty bidding.