The seventh-generation SL has arrived to prove once and for all that the V8-powered roadster isn’t dead. Making this point required undergoing a significant transformation: the SL now comes from Affalterbach rather than Stuttgart and it will exclusively be marketed by Mercedes-AMG. It also gains a power-folding cloth soft top, a pair of rear seats, and standard all-wheel-drive for the first time in its history. 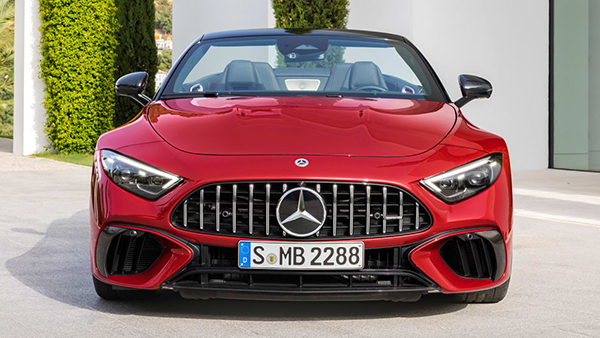 Mercedes has set out to prove that you can teach an old dog new tricks with a little added help from AMG. And this is the result: the new Mercedes-AMG SL, which arrives having been developed in Affalterbach by the brand’s performance wing, “combining the sports cars and driving dynamics of AMG with the comfort and luxurious appeal of Mercedes,” according to AMG boss Philipp Schiemer.

Fewer than one per cent of the cars sold by Mercedes around the world were sports cars in 2020, representing 17,800 of total sales of more than two million. Perhaps, then, it’s a surprise to see that the SL has been given a new lease of life when its smaller SLC sibling has been axed. But Mercedes and AMG have gone back to the drawing board with this new model, which it wants to position as a sportier offering more in keeping with the original 300 SL of 1954.

To achieve this, AMG has developed an entirely new platform for the SL called Modular Sports Architecture (MSA), which will be shared with the next-generation AMG GT at the very least, while several key changes to the car’s design have been introduced, to reposition it. 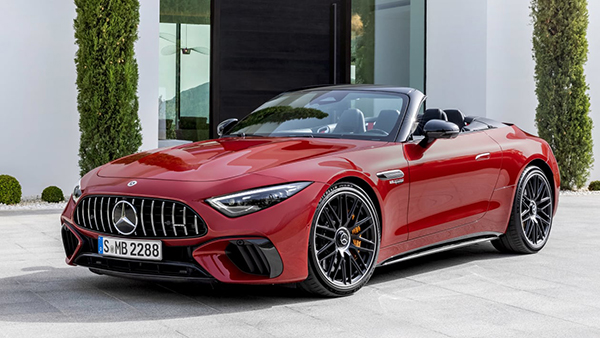 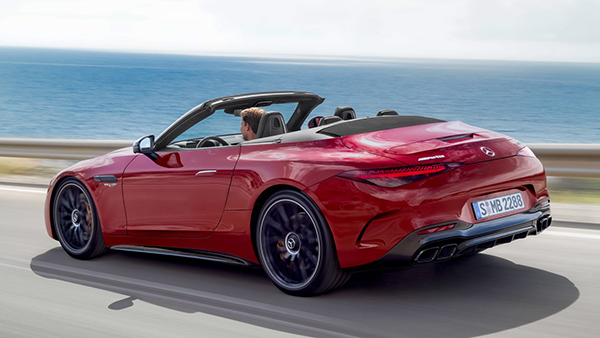 New Mercedes-AMG SL: engines and chassis
From launch the new SL is powered by a turbocharged 4.0-litre V8 petrol engine available in two power levels, both sending drive to a 4MATIC four-wheel-drive system via a nine-speed automatic gearbox.

Both cars emit from 268g/km of CO2 and have an average economy figure from 23.9mpg. The more powerful SL 63 version comes as standard with active engine mounts, which stiffen or slacken automatically, in much the same way as an automatic adaptive suspension system. These are an option on the SL 55. 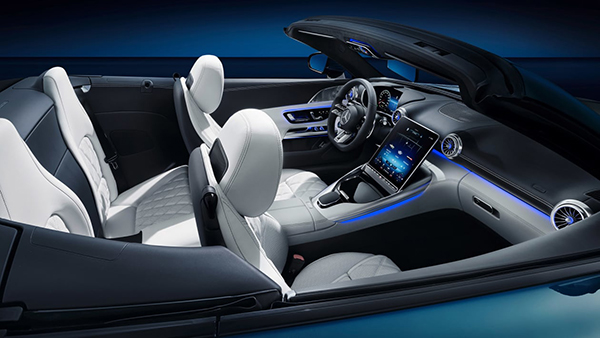 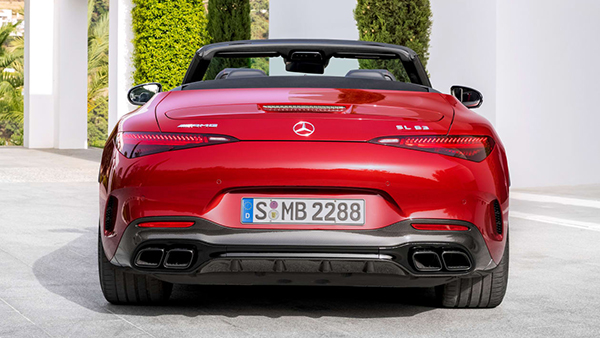 New Mercedes-AMG SL: price and on sale date
Mercedes has not confirmed any specific details about the launch of the new SL beyond the availability of the 55 and 63 variants. It hasn’t outlined when the new SL will be available to order, or on roads, nor has it hinted at a starting price.

It’s probably safe to assume that it won’t arrive on UK roads until at least spring 2022, and with a starting price lower than that of the basic AMG GT, and in similar territory to the latest S-Class, so around £85,000 for the 55 variant and close to £100,000 for the 63.