Set to be unveiled in the second half of this year, the 2021 SL-Class will be a return to the roots for the legendary roadster, with the two-seater switching back to a 2+2 arrangement and a traditional soft top, just like in the olden days. 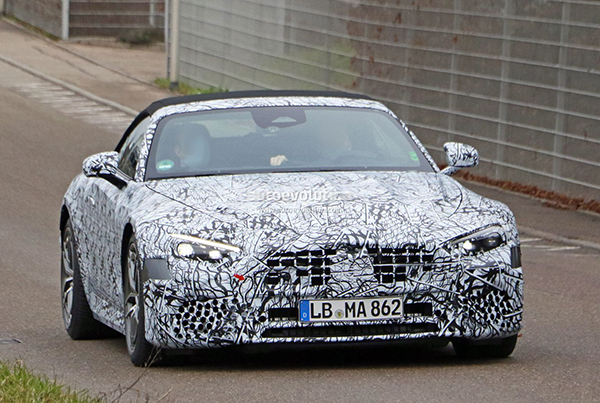 A pre-production prototype of the upcoming Mercedes-AMG SL 63 version was recently spotted rocking the completely non-camouflaged fabric roof for the first time, while also devoid of some of the heavy camouflage bits of its predecessors.

Apart from the naked soft top, we can also check out the pop-out door handles for the first time, which feature a similar arrangement as the ones that are optional on the latest S-Class W223. 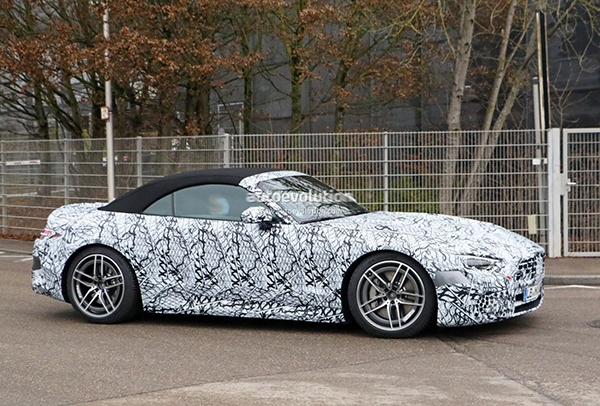 Don’t expect the rear seats to be much more accommodating than the ones found on its main rival, the Porsche 911 Cabriolet, though. Still, they will definitely make the car better suited for couples with young children, not to mention the extra luggage space if the need arises.

Developed entirely by AMG, the next-gen SL is based on a platform called MSA (Modular Sportscar Architecture) internally, which will be shared with the next-generation Mercedes-AMG GT. 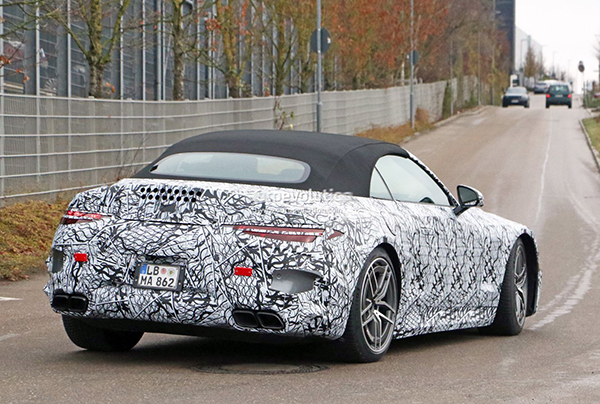 In layman’s terms, this basically means that the new model will be much sportier than its predecessor, which is again harking back to the olden days, back when the SL moniker actually came from ‘Sport’ and ‘Leicht’ (light).

That said, the MSA platform is derived from MRA2 (Modular Rear-wheel-drive Architecture) that underpins almost all current and upcoming RWD Mercedes models. In other words, you shouldn’t expect an aluminum spaceframe chassis or a transaxle, like in the current Mercedes-AMG GT.

Instead, both the next SL and the GT will feature a traditional front-engine arrangement, which also comes with the perk of offering all-wheel-drive.