Maybe you still can’t get used to the image shows rear-wheel steering function, but have to admit it’s really useful for the giant, like SL AMG. 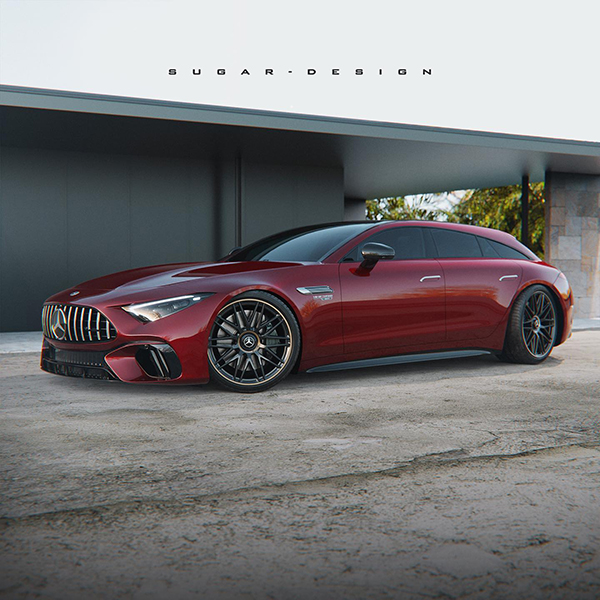 An easy case in point to be made here comes from Sugar Chow, the virtual artist better known as sugardesign_1 on social media, who has seemingly fallen head over heels in love with one of his latest projects. First, a little bit of background. This pixel master is one of those people who like to swim against the current (most of the time) and his best-known digital series is a veritable “Touring the world!” periplus. 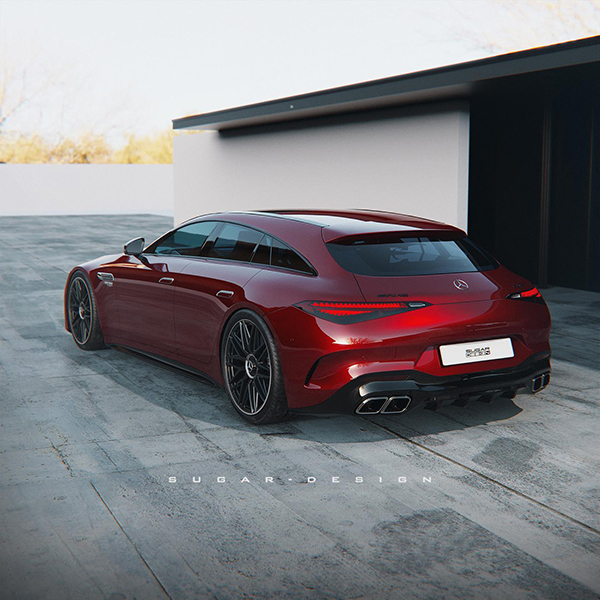 That is his elegant way of saying that anything will look better – as far as he is concerned – with a station wagon or Shooting Brake body. We tend to agree with the CGI expert’s assessment, especially when he dabbles with stuff like the 2022 Mercedes-AMG SL-Class. So, a few days ago he even went as far as to prepare a digital teaser, just like Mercedes-Benz would have done if this cool project ever became reality.

Then, he naturally proceeded with the actual reveal without any other shenanigans (as opposed to OEMs, who love to dally all things until we are on the brink of psychological collapse), featuring a stunning five-door Shooting Brake transformation draped in blue. But, as it turns out, it was nowhere near enough for the artist to just present his vision of a Mercedes-AMG SL 63 Shooting Brake in silver and blue. 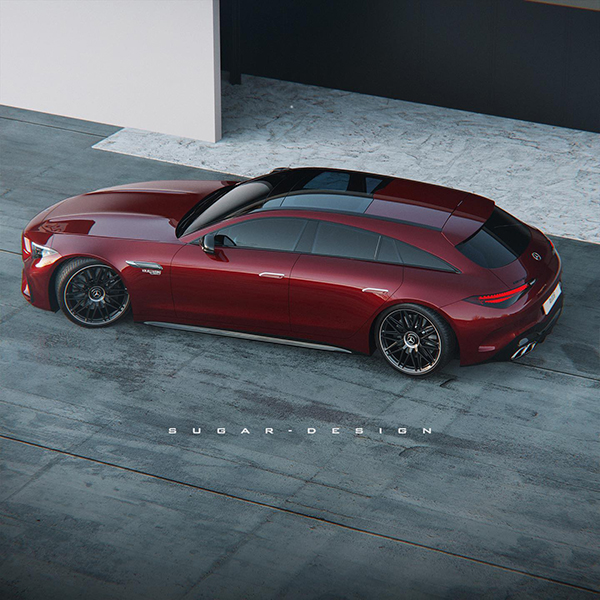 Thus, the author also cooked up a crimson variation (the second post embedded below) so that if brought together they would casually reflect the colors on the stars and stripes banner. Alas, even if all these appeared around Independence Day, that was (probably) not the goal. Instead, the desire was to make sure we would all fall in love with his digital creation and end up like one of his fans wishing “Mercedes-AMG grew a pair and offered a GT-class wagon!”

Well, at least this imagined version has all that it needs to succeed – including a fresh burgundy hue and the particularly useful rear-wheel steering system to make sure it is just as nimble as it would be practical!