Seven decades ago, Mercedes stunned the automotive world with a full-house knock-out. First, the Germans returned to racing – the first time after the end of the war. Second, they went back to the 24-hour endurance ordeal of LeMans after a 22-year hiatus. And third, they brought about a brilliant car that became a legend. 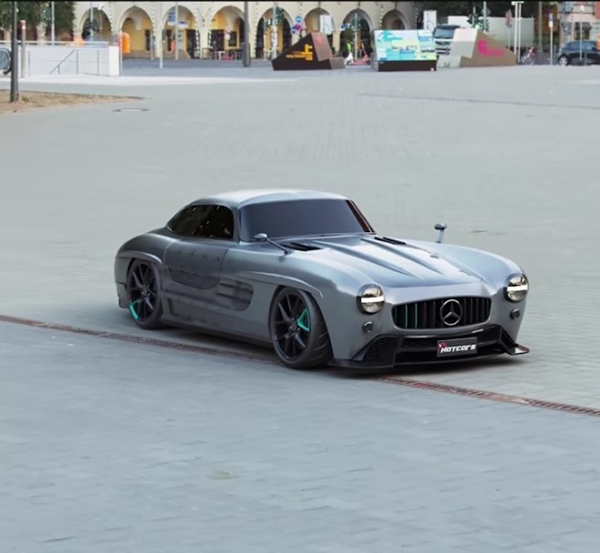 Add the LeMans 1-2 checkered flag conclusion, and we are served with the aces-full-of-kings hand from the Stuttgart underdog. Everyone else at the table mumbled about how the Silver Arrows bought the pot with their 300 SL. However, two years later, in ’54, the sporty roadster took the high roads with series production. The Gullwing was no joker, and the disdainers bowed to it. 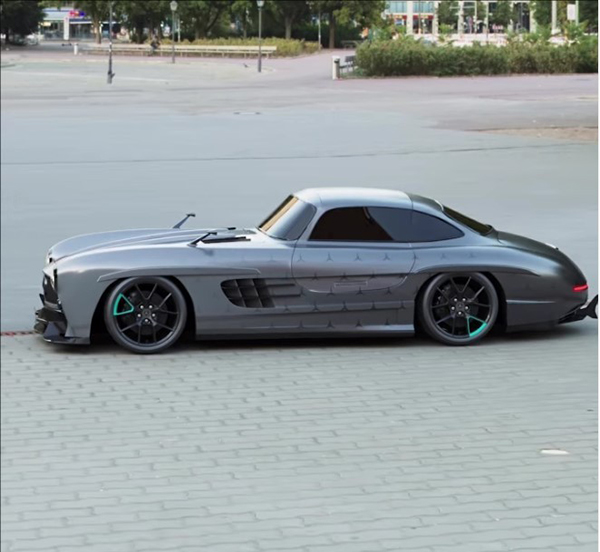 But the legend retired in 1963 and never saw a recall to action afterward. It was too good to have sequels until the virtual age grew whiskers, and digitally-supercharged imagination ran ablaze with wild dreams. Therefore, 2022 is an excellent time to revive the SL – albeit a binary mutation, for now. The CGI sculptor Mridul Basist, known by the social media callsign of bimbledesigns, pulled the veils off one such remastered 300SL.

The designer mixed original profile lines with his personal views of the respawned 50s supercar. Clean, fluid contours on the front and back combined with the more obstructed sides bearing the wheel arch eyebrows and front fender gill-like vents. Also, true to the original success formula of 1952 LeMans, the chassis of the pixel-embodied Mercedes is a spaceframe design – the doors are just as high threshold. 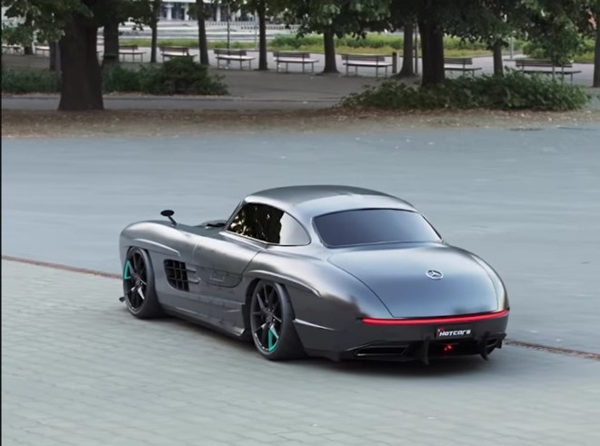 At the beginning of the sixth decade of the past century, the tubular skeleton provided strength to the racer while keeping its weight low. The recipe made the 175-hp Mercedes faster than its more powerful adversaries. The virtual twin from bimbledesign sticks to the original in as many details as possible – the fender-mounted side mirrors, the front- and rear bumper overriders, and even the flat-faced grille and circular headlamps.

However, the author fiddles with aerodynamics and race physics and puts the car as low to the ground as the massive wheels and thin-sidewall, semi-slick tires will allow. This envisioned heir pulls the racing sword out of the hexadecimal boulder and roars a different-tuned plant under the long front hood. While the seventy-year-ago 300 SL had a three-liter straight six, this computer-dwelling Mercedes grunts in V8-big-block octaves. And why not? Petrolheads go head over (w)heels for a WWII fighter plane-sounding engine; this free interpretation of the past is a four-stroke symphony for piston and crankshaft.