Mercedes-Benz S-Class has always been famous for being on the bleeding edge of innovation, and the all-new W223 is no exception. With the new S-Class just having been released, let’s take a look at what each model in the luxury sedan’s history did to change the industry. Due to the sheer number of advances introduced with each S-Class, the cars on this list will only feature the more influential ones. 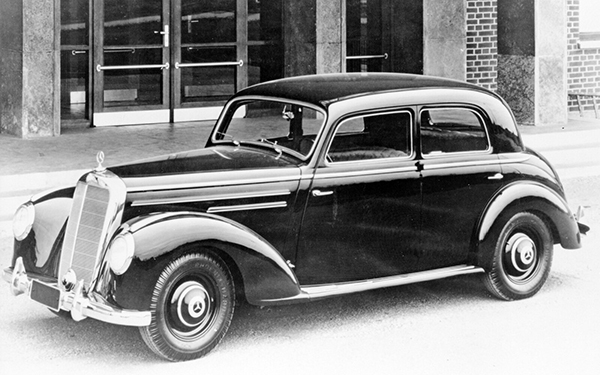 W187 (1951 to 1954)
The first S-Class featured an advanced, for the time, overhead camshaft 6-cylinder engine. In addition, it pioneered the conical-pin safety door lock, which was a much stronger alternative to the traditional door lock. Due to this extra strength, it was better able to prevent doors from bursting open in an accident. 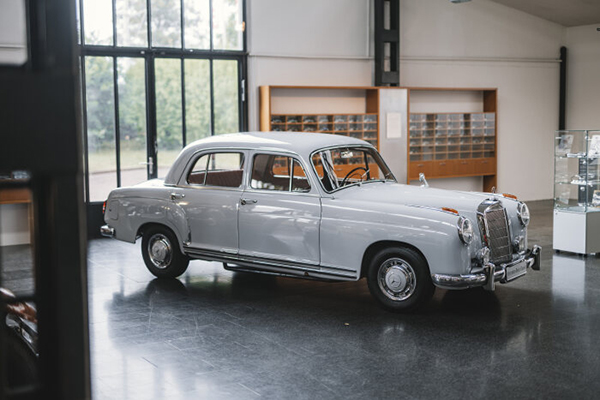 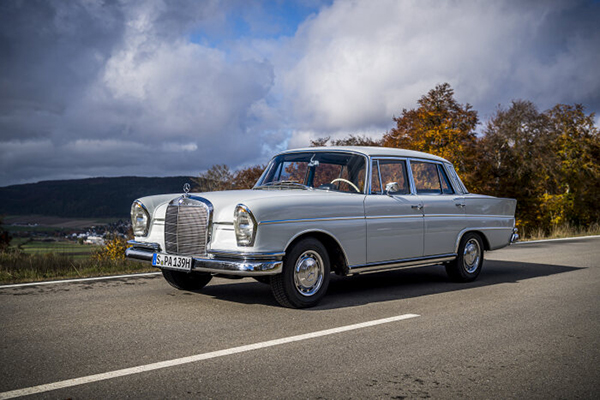 W111 / W 112 (1959 to 1965)
The W111 / W112 came with a lot of new tech features over its already-advanced predecessor, most of them being large strides in safety. For one, there was now a padded steering wheel and overall “injury-reducing interior”. It also had a passenger safety cell with crumple zones front and rear, marking the first use of this technology in a series production model. In addition to safety features, from 1961, the 300SE received a number of creature comforts, such as disc brakes, air suspension, and central locking doors. 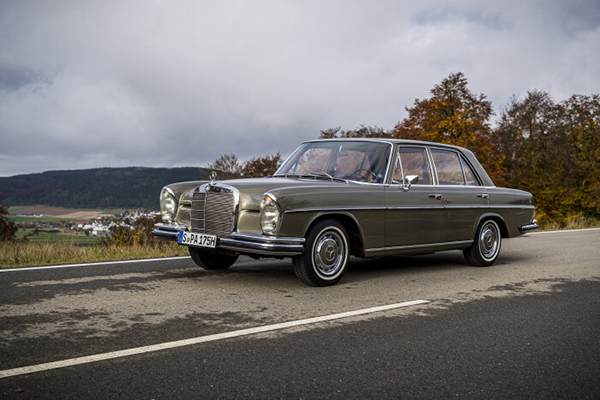 W108 / W109 (1965 to 1972)
The W108 / W109 was more of an evolution than a revolution over its predecessor, but that didn’t mean it didn’t bring something new to the table. All models featured hydropneumatic compensating springs at the rear axle, and the top-of-the-line 300SEL 6.3 featured a large-displacement, 247 hp (250 PS / 184 kW) V8 engine for added performance. It was also a modified version of this car that later became the famous race car known as the “Red Pig“. 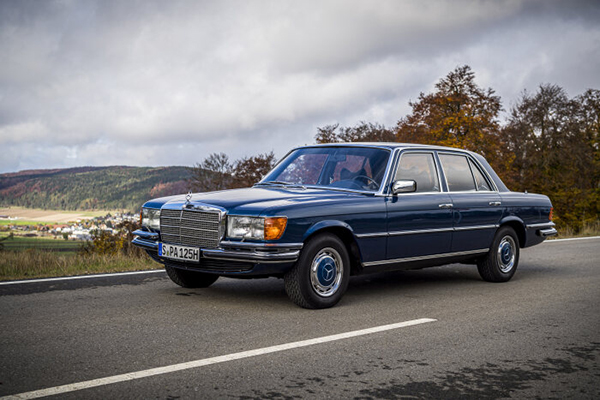 W116 (1972 to 1980)
The W116 was certainly a milestone in the history of the model as it was the first to officially bear the S-Class moniker. Some technological advancements it featured were ABS (from 1978) and cruise control (from 1975) as options, dirt-resistant rear lights and side windows, and a fuel tank over the rear axle to provide protection in the event of a collision. The W116 was also the first production car to be offered with a turbocharged diesel engine. 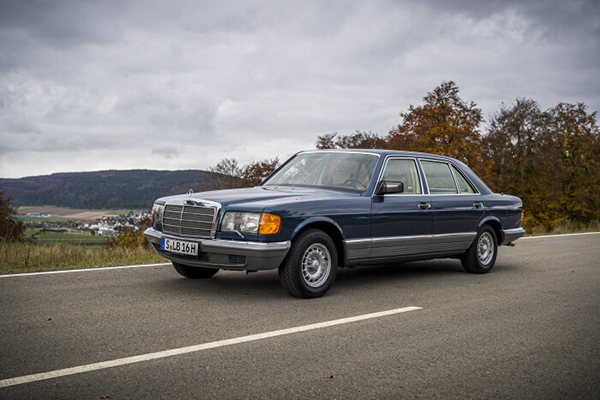 W126 (1979 to 1991)
Much like the W111 / W112, the W126’s technological advancements came with a strong focus on safety. It had an optional seatbelt tensioner and driver airbag from 1981, optional front passenger airbags from 1988, and optional ASR acceleration skid control for V8 models from 1985. It also featured an electrically-adjustable steering column as optional equipment from 1985. 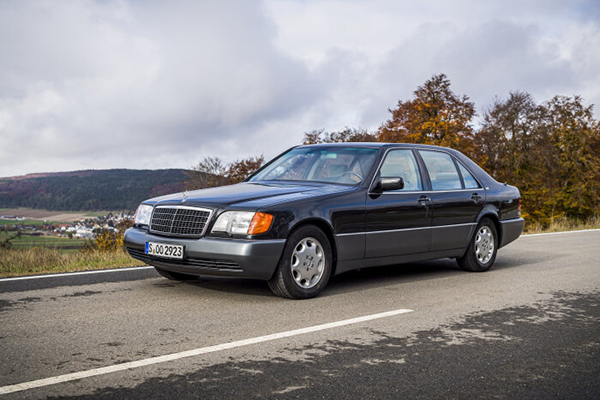 W140 (1991 to 1998)
Although we might think of it as being very boxy today, back when it debuted the W140 had a relatively low drag coefficient of just 0.31. It was also the first Mercedes Benz production car with a twelve-cylinder engine, which was also its most powerful engine ever at the time. This generation’s advancements were very focused on delivering as many amenities as possible. It featured double-glazed side windows, optional power closing for the doors and trunk, CAN-based (Controller Area Network) multiplex wiring system, optional Auto Pilot System (APS) navigation system as optional equipment from 1995, optional dynamic Xenon headlamps and LINGUATRONIC voice control from 1996, and the first carphone system activated by voice control in series production. 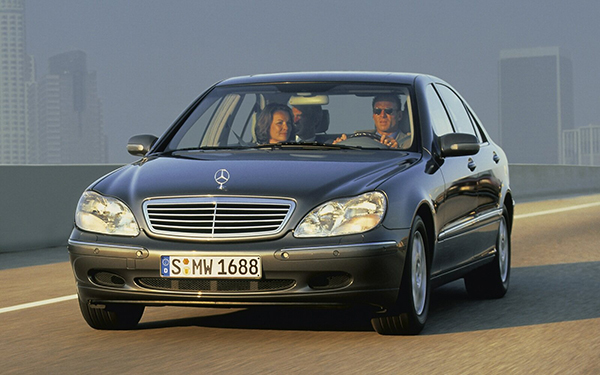 W220 (1998 to 2005)
The W220 is arguably the first S-Class of the modern age. It featured all sorts of new and/or budding automotive technologies, such as automatic cylinder shutoff, an electronically-controlled automatic transmission from 2004, optional Active Distance Assist DISTRONIC, optional KEYLESS GO keyless access and drive authorization system, and PRE-SAFE® preventive occupant protection system from 2002. Also, the W220 was the first S-Class to have AMG variants with the S55 and S65, as well as the first S-Class to be offered with optional 4MATIC all-wheel-drive.

W221 (2005 to 2013)
The W221’s advancements largely focused on driver aids. It featured optional Improved Active Distance Assist DISTRONIC PLUS (with braking to standstill), PRE-SAFE® Brake with autonomous partial braking from 2006, optional autonomous emergency braking from 2009, optional Active Night View Assist, and optional Lane Keeping Assist from 2009. It was also the first S-Class to feature a hybrid variant with the S400 Hybrid from 2009. 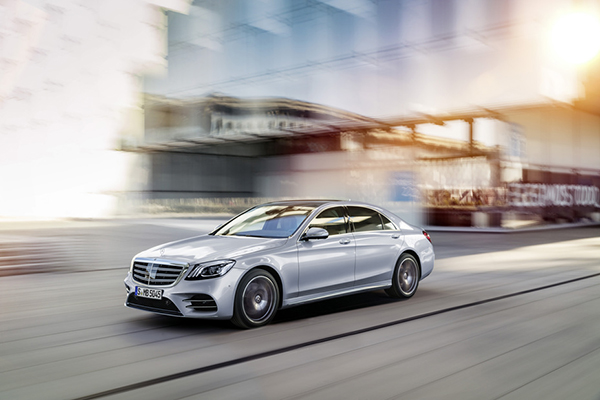 W222 (2013 to 2020)
The W222 was one of, if not the, most innovative S-Class yet. In addition to all its technology, it also made numerous engineering-related strides. It featured an all new aluminum hybrid bodyshell that had a 50 percent higher torsional rigidity rating in relation to its weight and size compared to its predecessors. Also, it was the first car entirely without traditional bulbs, featuring instead almost 500 LEDs throughout the entire car.

The car also had a slew of advanced driver aids at its disposal that Mercedes-Benz dubbed “Intelligent Drive“. The most prominent of those were ROAD SURFACE SCAN, which was capable of identifying potholes prior to encountering them, and MAGIC BODY CONTROL, which would adapt the chassis and suspension accordingly. 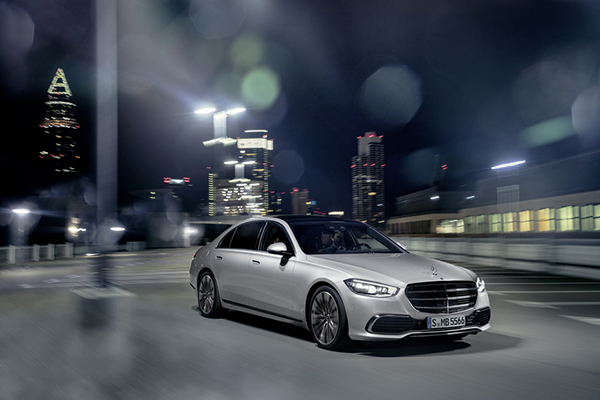 W223 (Present Day)
The latest S-Class’ technology is focused mainly on things that enhance the driving experience with features like an abundance of screens (some OLED), a new infotainment system, and active ambient lighting that’s able to reinforce warnings visually. In addition, over 50 components of the car can be updated over the air. The W223 also features the world’s first series production rear-seat airbag, as well as an optional rear-axle steering system that can turn up to 10 degrees.