Though it might not seem like it sometimes, you don’t need a crazy amount of money. Or much money at all. Our buddy Bryce can attest to that; especially when it got so much attention on Larry’s IG page among all the usual high-end machinery that usually resides there. What’s better than flogging an ‘82 diesel Mercedes in the desert, especially when the whole thing costs less than a wild night out in Vegas.

Best Sub-$800 Build Ever? Wrecked Mercedes Gets Transformed Into a Gambler 500 Hero

The new Mercedes S-Class debuted last year offering superior levels of luxury and sophistication along with new advanced technology including a futuristic augmented reality head-up display. In the US, pricing for the new flagship luxury sedan starts at $109,800 for the “entry-level” model, while the range-topping Executive Line will set you back at least $131,450 before destination charges.

This S-Class, on the other hand, cost less than $1,000, but there’s a good reason for that: it’s an old 1982 model that was in bad shape. Seeing its potential, auto enthusiast Bryce Ronsonet salvaged the Merc and converted it into a hardcore rally car to compete in the Gambler 500 off-road race. 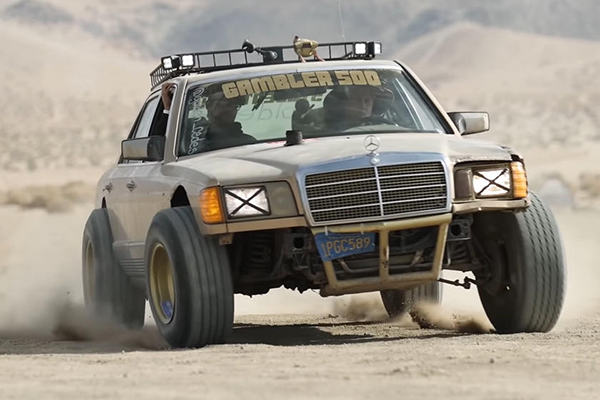 For the uninitiated, the Gambler 500 rally requires entrants to buy a cheap impractical car and modify it to go off-road and have some fun, so this custom Mercedes rally warrior certainly doesn’t look out of place.

Showing off his custom rally car to the world, Bryce explains how the Mercedes S-Class rally car was built in just one week. When he bought the car, the front was a mangled mess. After buffing out the front corner, new headlights were fitted as the originals were missing. A custom front bumper and roof rack were added. The result looks like a dystopian car that came out of a Mad Max movie. 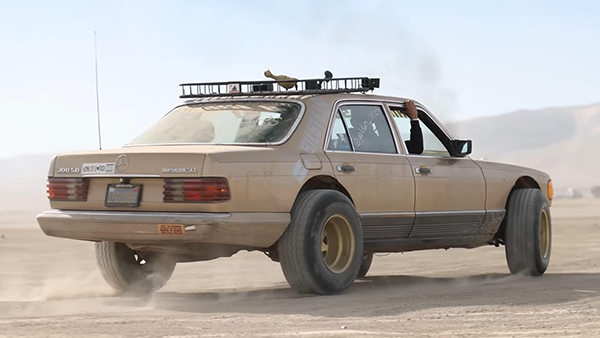 Originally, the car was fitted with massive 33-inch paddle tires, but these were replaced with wide “Facebook-special” tires that cost just $50 each. The suspension was left stock. Under the hood is the car’s original five-cylinder turbo diesel that was still in working order after an oil change and service. With the wastegate open, Bryce estimates the unit produces around 130 hp.

Bryce paid just $540 for the mangled Mercedes. After fitting the modifications, the total cost came to less than $800 including the cost of the car. It proves you can build a rally car for less than $1,000 and that you “definitely don’t need money to have fun,” Bryce remarked.