A week before last Christmas, Mercedes released pricing information for the redesigned S-Class in the United States. The entry-level specification – dubbed S 500 4Matic Luxury Line – carries a sticker price of $109,800 excluding destination charge and extras. Customers who want to stand out in the crowd are offered the longer and more luxurious Mercedes-Maybach S-Class, which starts at $184,900 for the S 580 4Matic. 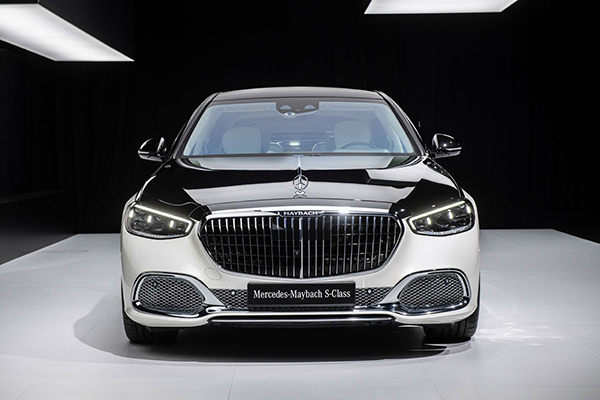 Mercedes unveiled the new Maybach S-Class in mid-November 2020 and now it’s finally giving the extra-long luxobarge a price tag. At $184,900 plus $1,050 for destination and delivery charges, the stately sedan carrying the double M logo commands a hefty $68,600 premium over the V8-powered, Benz-badged S-Class in the base Luxury Line trim. 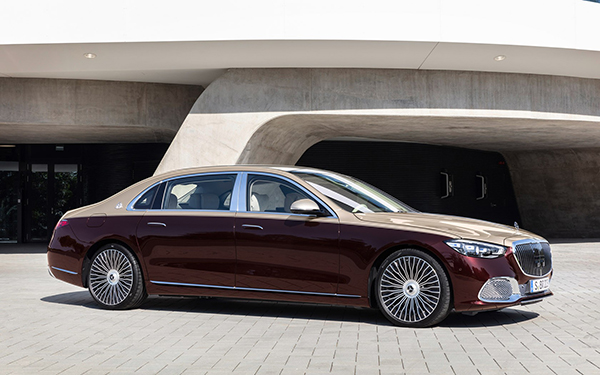 In other words, you’ll roughly pay the equivalent of an AMG C63 Coupe (from $70,650) to get the fancier version of an already glitzy fullsize sedan. A rival for the Rolls-Royce Ghost and V8-powered Bentley Flying Spur, the new Maybach S-Class costs $11,900 more than the previous-generation V8 model and comes with all the luxury features and latest tech offered by Mercedes. 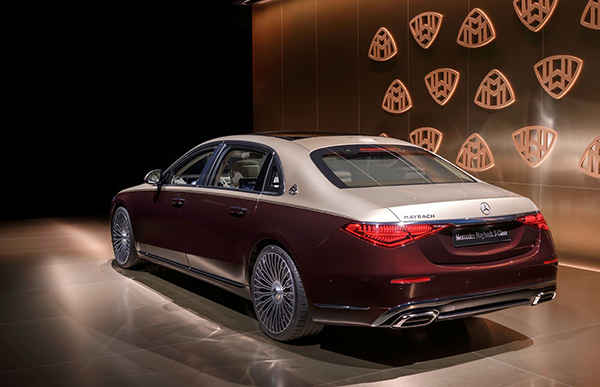 From rear-wheel steering with a steering angle of up to 10 degrees to a Burmester surround sound system with no fewer than 30 speakers, the latest Maybach sedan is generously equipped. The extra seven inches of wheelbase over the “mundane” Benz S-Class provide stellar legroom in the back where there’s a standard rear-seat entertainment system with dual screens, a removable tablet, and two wireless headsets. 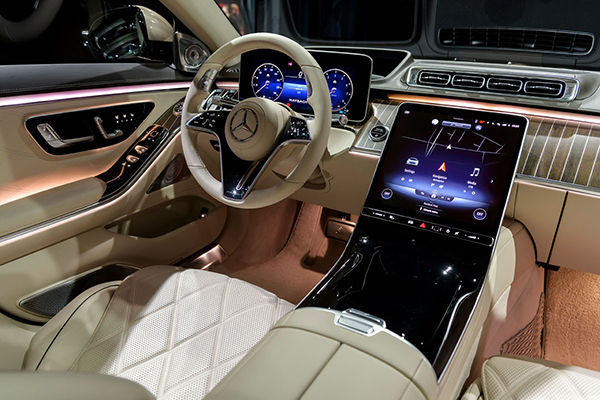 Air suspension is also offered right from the start, as is a frontal airbag for the rear seats for extra protection in the event of an accident. As with other veritable luxury cars, there’s more to the Maybach S-Class than its extended list of equipment. The material quality is top-notch and there’s leather just about everywhere, along with genuine wood trim and VIP seats featuring built-in footrests offering – wait for it – calf massage. 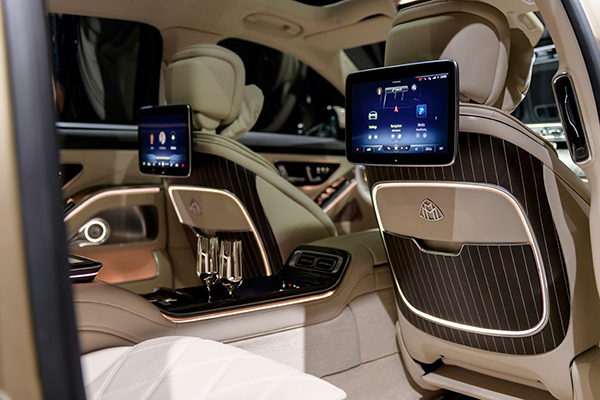 While the Benz S-Class starts off with an inline-six engine for the S500 (from $109,800), the Maybach is available only in an S580 specification with a larger V8. The twin-turbo 4.0-liter delivers 496 horsepower and 516 pound-feet (700 Newton-meters) of torque as it does in the Benz S580. Mercedes has confirmed the majestic V12 will be available, but details will be released at a later date.

Meanwhile, the 2021 Maybach S580 will arrive at US dealers by the middle of the year. Should you want a fullsize luxury sedan from Mercedes that does away with the combustion engine altogether, the fully electric 2022 EQS is also coming soon, complete with a gigantic 56-inch Hyperscreen not available on any S-Class model.