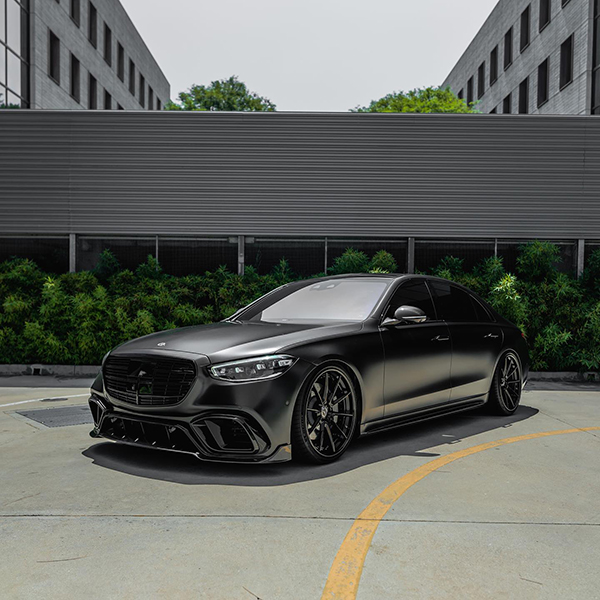 The seventh generation of the legendary full-size limo series has had tremendous success across the North American aftermarket realm – both on the East and West Coasts. And, as it turns out, people were not picky about it, fiddling with both the normal tier as well as the flagship Maybach grade. 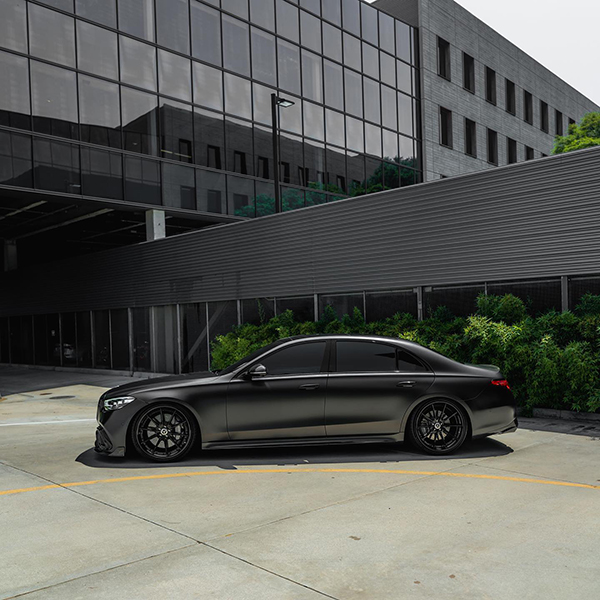 And the Los Angeles, California-based Platinum Motorsport Group prides itself on being a leader in the customization area for more than two decades (Kim Kardashian, among many other VIPs, could easily vouch for that), so they again set out to show Mercedes why. This time around, the Benz in question is not a feisty Mercedes-AMG G 63 that had a fit of custom rage and morphed into the automotive equivalent of a Brabus Hulk.

Instead, they are back with yet another slammed Mercedes-Benz S 580 that just incurred a bundle of transformations – just in time to star in the company’s latest YT vlog and across its social media reels. According to the descriptions, we are dealing with a Satin Black S 580 that was lowered on AL13’s staggered 22-inch three-piece wheels that were matched to the body details with a High Gloss Black finish.

We say matched because the Satin Black atmosphere is tripled in this murdered-out build project by a complete, exposed carbon fiber aerodynamic kit imported from an unnamed Old Continent company, as well as a full exterior chrome delete, with all the trim ornaments removed, painted High Gloss Black, and then reinstalled. So, does this triple black treatment stand out, or not?