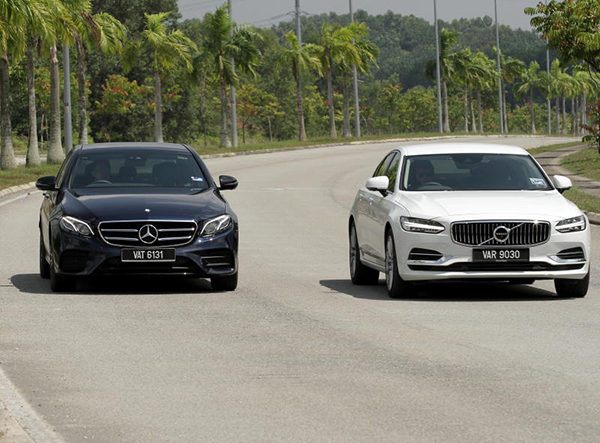 The Automobilwoche weekly cited a Volvo manager as saying there were initial talks with Daimler, but no concrete plans, while a company spokesman said it was too early to talk about firm projects, although it was not excluding anybody.

A Daimler spokesman said the company’s cooperation with Geely, which owns a 10% stake in the German carmaker, was developing in a positive way, but declined to comment further.

Global tariffs, accelerated by a trade war between China and the United States, as well as higher investment requirements for electric and autonomous vehicles, are forcing carmakers to seek new ways to cut and share costs.

In October, Volvo said it would merge its engine development and manufacturing assets with those of Geely, creating a division to supply in-house brands and also potentially others with next-generation combustion and hybrid engines.

Automobilwoche said this new division would start operating by the end of March, which could be a possible starting point for cooperation with Daimler, while a further step could be a partnership to develop electric power trains.

Geely and Daimler have said they plan to build the next generation of Smart electric cars in China through a joint venture and the two companies are also cooperating on a premium ride-hailing service in China.

Geely bought Volvo Cars in 2010 from Ford, allowing the Swedish brand to operate on an arms-length basis. But in recent years, it has deepened cooperation between the two brands.