Zero fatal car crashes by 2050 – that’s one ambitious goal from Mercedes-Benz, who announced that they are aiming very big with their Vision Zero road safety strategy. The German automaker wants to make all Mercs capable of eliminating deadly collisions by mid of the 21st century. 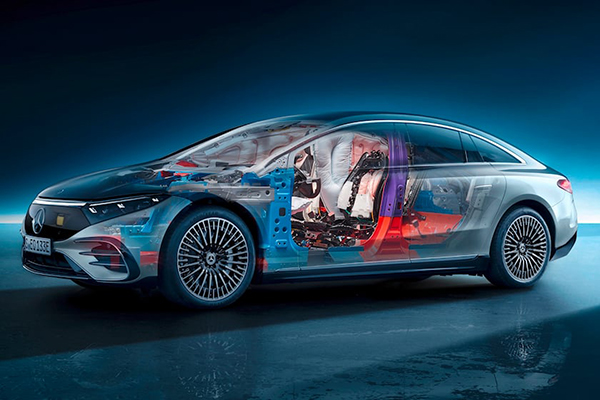 Mercedes-Benz has always been a pioneer when it comes to vehicle safety and has today set a goal of accident-free driving and zero traffic-related fatalities by 2050.

The automobile may be safer than ever before but too many people are still losing their lives in collisions. According to the World Health Organization’s 2018 Road Safety Report, a staggering 1.3 million people are killed in road accidents every year. Mercedes-Benz is working towards ‘Vision Zero’ with the goal of reaching zero traffic fatalities by 2050.

By 2030, the world’s oldest manufacturer also wants to cut the number of serious injuries and deaths by half compared to 2020.

So how does the brand aim to do this? Well, in order to achieve Vision Zero, the company will work with several stakeholders and institutions. One example relies on anonymous vehicle data. The city of London is partnering with Mercedes-Benz to see how the brand’s vehicles can make roads safer for all.

The company has developed a “Road Safety Dashboard” for this purpose. The tool can identify high-risk locations prior to a nasty accident taking place. This is then analyzed by an intelligent algorithm. Privacy is also protected, and only consenting drivers will take part in this.

It’s rather clever as it focuses on vulnerable road users – cyclists and pedestrians – and also prioritizes schools, nurseries, and universities.

“At Mercedes-Benz, we are pursuing our vision of accident-free driving. In other words: no more accidents involving a Mercedes vehicle. We are continuing to work toward this goal at full speed. Highly automated and autonomous driving will be a decisive contributor to its success. After all, vehicle safety has always been at the core of the Mercedes-Benz brand – and we want to continue to expand this claim in the future,” said Head of Vehicle Safety, Paul Dick.

A similar project is taking place in the Netherlands, where consenting drivers and their Mercedes vehicles are surveying motorways and countryside roads. Here, Mercedes hopes to identify dangerous roads and then come up with ways to make them safer. Another pilot project even detects dangerous black ice in winter, warning approaching vehicles and even the traffic control center.

Mercedes is also looking at the vehicle itself and is currently focused on central software. The future MB.OS platform will replace the existing platforms with multiple lines and control units. This, says the automaker, will reduce error sources and allow control systems to respond to sensor signals even quicker than before.

With electric vehicles such as the EQS Sedan and recently revealed EQE SUV becoming staples within the Mercedes-Benz lineup, the company is looking at providing EVs with maximum safety. The EQS, for example, has received prestigious safety awards from Euro NCAP, with models such as the EQB following suit. But there are more practical, hands-on ways in which Mercedes seeks to improve vehicle safety, too.

Since 1969, Mercedes has reconstructed more than 5,000 real-world accidents through its Accident Research unit. The group tries to understand how accidents happen, how the passengers are affected, and how these unfortunate crashes can be prevented. This also gives designers and developers invaluable insights and helps them improve future models.

Over the years, the unit has set up teams in China and India to study the different types of accidents around the world. In many countries, there are more traffic deaths outside of the vehicle, so the company has looked at how to increase the protection of pedestrians, cyclists, and other unprotected road users.

Mercedes-Benz has always focused on safety, and it has since become a cornerstone of the automaker. It’s always been ahead of the curve, offering a driver-side airbag as far back as 1981, standardizing stability control in 1999, and patenting the conical-pin door lock in the 1940s. Now, as autonomous driving draws near, Mercedes is even willing to take full responsibility for crashes that take place in self-driving vehicles.