Of all the German luxury marques, BMW gets all the attention when it comes to what its car’s grille looks like. To be fair, BMW is certainly trying to earn it. Have you seen the BMW iX? Despite that, Mercedes has been slowly refining and honing its grille for over 120 years now and it wants you to know it. 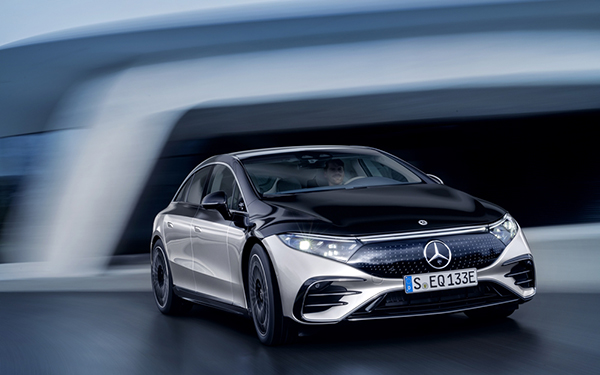 For clarity, we’re going to relay that history to you. If you can handle interesting anecdotes from automotive history spread out across a few hundred words, you’re in the right place. So, let’s wind the clock back to 122 years well before the Mercedes EQS, to the year 1900.

The Mercedes 36 PS is the first iteration of the brand’s famous face. In fact, it was built around a radiator, a patented design that solved Merc’s cooling woes and would go on to be commonplace in just about anything with an internal combustion engine. Because the rad needed to be right at the front of the car, it became the de facto face of the brand for some time. by 1911, things had become slightly more stylized.

Then, in 1931, the Mercedes-Benz 170 came along. For the first time ever, the radiator on a Merc is now mounted behind a grille. Not only was it protective, but it was also an integral part of the car’s design. It’s important to note this is an early instance of a trend we still see today: the Mercedes star on both the grille and the hood.

After the 170 and its revisions, the chromed grille became synonymous with Mercedes-Benz. As a result, Merc says that historically, its designers tread carefully when making changes, making only very gradual changes to the shape until well into the 60s. Then, the grille grew wider and got narrower, partially because that’s simply the direction the shape of the automobile was trending. Faces were getting flatter, and Mercedes updated its style as a result.

Of course, there was one huge departure before then, in the 1950s. Merc calls the grille on the legendary 300 SL a “sports car face,” and the shape is something the brand still uses today. Look at the size of the star and the positioning of the chrome fins. It’s practically a dead ringer for any number of Merc sports cars and race cars.

This created two different “profiles” for the car’s faces. In 2007, Mercedes decided to let the customers choose with the introduction of the C-Class. Depending on the trim you got, the grille would get some minor revisions, like different forms, contours, and fins. Up until recently, every single Merc grille had one function above all else: to cool the car.

With the onset of all-electric Mercs, we’re back to the EQS. It doesn’t need a gaping maw like the AMG GT, but Merc has chosen to keep the shape simply because it has become so iconic. Just about everyone has reached this conclusion, BMW and Audi included. All brands have managed to work their variety of necessary sensors and shapes into their respective faces, but it’s interesting to learn how Mercedes has done it over the years.