Near-mint 1957 Mercedes-Benz 300Sc is looking for a new home on Bring a Trailer, and it’s a luxurious time machine we love. 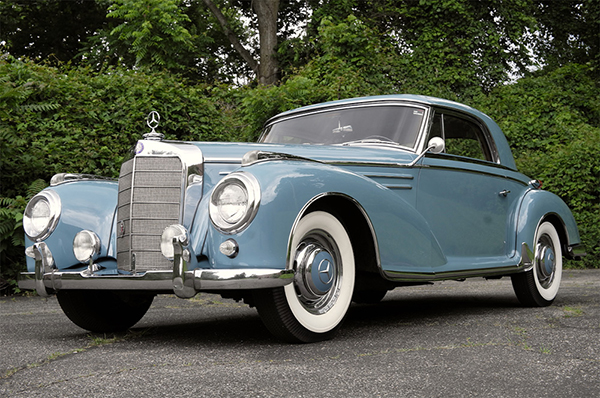 When you think of a Mercedes-Benz from the 1950s, your mind typically goes straight to the legendary SL model and its iconic gullwing doors. However, the often overlooked 300Sc offers iconic styling and commands attention as it rolls down the road. Sure, people are more likely to recognize the SL over the Sc. However, the Sc has legendary ’50s styling that nobody can ignore. Furthermore, they’re far more affordable these days than the seven-figure SL. If that all sounds good to you, you may want to consider getting your bidding fingers ready.

This nearly-flawless 1957 Mercedes-Benz 300Sc Einspritzmotor Coupe is currently for sale on Bring A Trailer. Also, we apologize in advance if we implied that this car is, in any way, shape, or form, affordable. It’s definitely cheaper than an SL. However, it’s not cheap. At the time of writing, it already has a high bid of over $77,000 with nine days remaining on the auction. We’ll dive into that in a bit. First, though, let’s take a look at this fantastic vehicle.

Amazing Condition for Being 65 Years Old
Inside, this 300Sc looks unbelievably nice for its age. The gray leather interior perfectly accents the light blue exterior paint finish, which matches the interior in being virtually flawless. In addition, the factory luggage set, spare parts kit, and tool kit are included with the car.

The Sc isn’t exactly common, either. According to the Bring A Trailer listing, this is one of only 98 examples built with mechanical fuel injection. That fuel is fed into its M199 3.0-liter inline six-cylinder engine. It features a dry-sump oil system and has a factory rating of 175 horsepower. That’s a pretty substantial power output for its era! 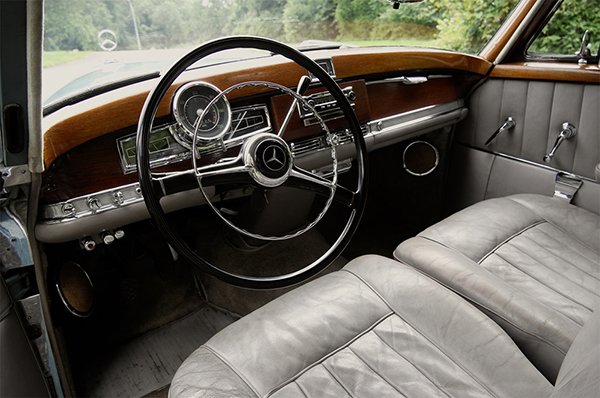 It’s also been nicely maintained. In addition, it has a consistent oil change and spark plug replacement history, as well as a recent battery replacement and carburetor adjustment. Finally, the seller had a general tune-up performed in preparation for the sale.

Now, About That Price Tag
As mentioned above, the bids have already surpassed the $77,000 mark. Don’t expect them to slow down, either. This car will undoubtedly sell for well north of $100,000. That’s not just a claim; we’ve got the data to back it up!

This very car sold on Bring A Trailer back in February of 2019. The hammer fell on that auction with an eye-watering final bid of $401,000. In addition, Hagerty values a “good condition” example at $505,000 in the current market. Hagerty’s valuation continues as high as over $635,000 for Concours condition examples.

So, while it isn’t a wildly affordable classic Mercedes, it’s a good bit more affordable than the iconic SL. One thing is for certain, whoever makes that winning bid is getting themselves an awesome classic Mercedes that the world will love to see cruising down the road!