Several car manufacturers have already quit the Russian market, and more are expected to follow soon. The latest is Mercedes, which suspended local manufacturing in March, and will sell its shares to a local investor. 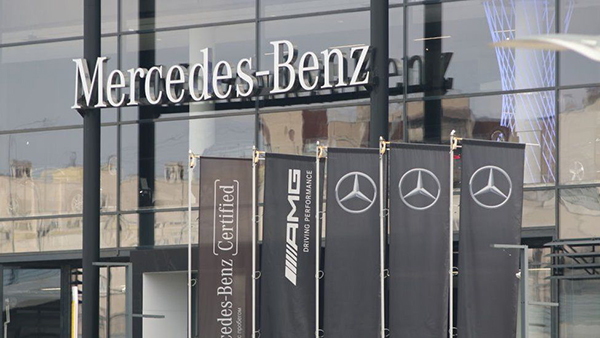 Mercedes-Benz has become the latest carmaker to exit the Russian market following Moscow’s invasion of Ukraine in February 2022. The firm stopped building cars in Russia in March 2022, and it announced plans to sell its remaining Russian assets to a local investor.

“Mercedes-Benz intends to withdraw from the Russian market and to sell the shares in its subsidiaries to a local investor. The completion of the transaction is subject to all relevant authorities’ approvals. Mercedes-Benz has already suspended the export of passenger cars and vans to Russia as well as the local manufacturing in Russia at the beginning of the year,” a company spokesperson told Autoblog.

Russian dealer chain Avtodom will purchase Mercedes-Benz’s shares in local subsidiaries, according to Reuters. The publication adds that the group plans to find partners to keep production facilities in the Esipovo industrial plant on the outskirts of Moscow running.

“The main priorities in agreeing to the terms of the transaction were to maximize the fulfillment of obligations to clients from Russia, both in terms of after-sales services and financial services, as well as preserving the jobs of employees at the Russian divisions of the company,” explained Natalia Koroleva, the CEO of Mercedes-Benz’s Russian operation, in a statement send to Reuters.

Financial details about the deal haven’t been released. Earlier in 2022, the Stuttgart-based company announced it had around $2.2 billion in assets that could be threatened if Russian authorities nationalized property owned by foreign firms that choose to leave the country.

Several carmakers shuttered or suspended their Russian operations due to the ongoing war in Ukraine. Toyota closed a plant that had been idle for months in September 2022. Paris-based Renault sold its Russian business to former partner Avtovaz for one rouble, and Nissan sold its Russian operations to a state-owned firm for one euro. Both deals included a six-year buyback clause. As of writing, it’s unclear whether Mercedes-Benz’s sale included a buyback clause that would allow it to step back into the Russian market when the situation improves.

Ford joined the list of companies leaving Russia when it sold its 49% stake in the Ford-Sollers joint-venture for a “nominal” sum in October 2022. However, like Renault and Nissan it included a buyback clause in the deal: it can repurchase its stake within the next five years.