Mercedes-Benz announces that it remains in the top ten of Interbrand’s 100 “Best Global Brands.” The German carmaker occupies the eighth spot for four years in a row now, but its reputation is currently worth more than one year ago. Here’s why this thing matters. 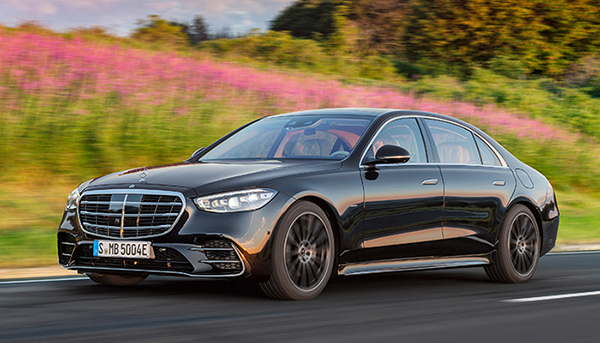 A brand is usually defined as an intangible reputational asset. Companies want their names or their products’ designations to be associated with success, reliability, or any other powerful or relevant traits. This customer perception is what helps some businesses thrive in various environments. In the case of Mercedes-Benz, the value growth shows that it is heading in the right direction. Even though it has not advanced in Interbrand’s top ten, the marque is still perceived as one of the most important companies out there.

According to a press release that’s available in full at the end of this article, Mercedes-Benz believes its brand’s value has grown since last year mostly thanks to its involvement in making battery-electric vehicles (BEVs) and software investments. As such, the company plans to focus even more on making luxury models, even though the economic climate is not looking like it could foster such ambitions. But since the health crisis, we have seen more expensive cars selling like hotcakes. Simultaneously, buyers showed they were ready to put up with longer delivery times.

The last two years prompted Mercedes-Benz to go on the EV route with full force. It has a generous portfolio of zero-tailpipe, zero-emission sedans and SUVs, and it plans on continuing with this strategy until its entire portfolio is made from just EVs by 2030. Some exceptions will apply, as more countries around the globe are anticipating they will not be ready to pull the trigger on having only BEVs or fuel-cell vehicles (FCEVs) in showrooms.

As a brand, Mercedes-Benz is now worth more than $56 billion. The company wants to continue this journey and says it will focus more on individual customers and partnerships with various personalities from different industries. That is why there were already established places like the G-Class Private Lounges, the Mercedes-AMG Store in the United Arab Emirates, and the Mercedes-Maybach Atelier in China.

Mercedes-Benz is the only European automaker that finds itself in the top ten of Interbrand’s 100 “Best Global Brands.” Toyota is in the sixth place, while Tesla takes the 12th spot. BMW comes in close, on the 13th place.

Finally, Interbrand makes the top 100 “Best Global Brands” by looking at financial performance, the role of the name in the decision process, and the ability of a certain company to continue securing earnings.