Mercedes-Benz will launch more than 20 new models or facelifts in 2023. The list of the most significant new cars the premium car maker is working on includes the second-generation Mercedes-AMG GT, the new E-Class, the new coupe replacing both the C-Class and E-Class Coupe, and numerous AMG models, some of which had no predecessor. 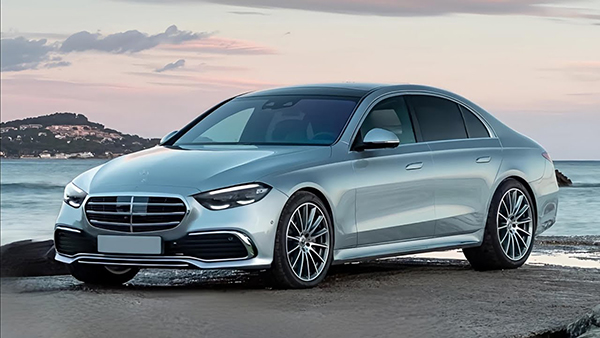 At a complicated time for the car industry, caused by the chip and battery raw material crisis, Mercedes is coming with an avalanche of new products in 2023 that target almost all segments, according to the official information we have received via email from company’s reps.

One of the year’s big news is the sixth-generation Mercedes-Benz E-Class (W214), the last model of the Stuttgart-based carmaker built on a conventional platform (MRA II). All four- and six-cylinder engines will be mild hybrids on 48V, plus plug-in hybrid diesel and petrol versions, with electric ranges of around 100 km (62 miles).

As for the C-Class, V8 engines will no longer be available, not even for the AMG versions. The Mercedes E-Class sedan will break cover at the end of next summer, the station wagon comes in the fall of 2023, while the All-Terrain version will be unveiled at the end of the year.

The second big novelty is the coupe that is set to replace both the C-Class Coupe and E-Class Coupe. The new Mercedes-Benz CLE will arrive in the late summer of 2023 and will also have a convertible version in 2024.

Also debuting in the summer of 2023 is the new Mercedes GLC Coupe (C254), which will carry over the interior and engine lineup from the GLC.

Mercedes-Benz will focus on the compact range as well. After the A- and B-Class received a facelift recently, the CLA, GLA, and GLB will undergo a similar procedure this summer.

A facelift will also be applied to the GLE and GLS SUVs in mid-2023.

The AMG division has more new products in the pipeline than ever before. The second generation of the Mercedes-AMG GT will be the star of the show. Set to make its debut by the end of 2023, it will be available, like the AMG SL, in AMG 53 and 63 versions.

Based on the new architecture specifically designed for sports models, the MSA (Modular Sports Architecture), the AMG GT will feature all the technical finesse from Mercedes-AMG: all-wheel steering, adaptive suspension with two control valves, active stabilizer bars operated hydraulically rather than mechanically and a lockable limited-slip differential. But, unfortunately, the sports division will drop the roadster version.

The summer of 2023 will be really hot for AMG, as two more models that have never been in the lineup before will make their debut. Thus, the Mercedes GLS will get a top version AMG GLS 63, and the compact SUV GLB will also be available as the AMG GLB 35.

In the summer of 2023, Mercedes will introduce two special Maybach series called Night Series, available for the Mercedes-Maybach S-Class and GLS.

As for the company’s electric lineup, in May 2023, the Mercedes EQE SUV, the electric equivalent of the GLE, which is produced at the Tuscaloosa, Alabama plant, will arrive in showrooms. Then, the Mercedes EQA and EQB facelifts will be unveiled towards the end of 2023.

Mercedes-Maybach will come up with its first electric version, customers will have to be patient. The Mercedes-Maybach EQS SUV will hit showrooms only in the spring of 2024.

The Mercedes-Benz van division will round up the portfolio with two more electric models: the Mercedes EQT and its commercial version, eCitan.