Aston Martin and Mercedes have signed a new technology agreement that could see Mercedes parent company Daimler acquire up to 20 per cent of the British brand, in a move that will see Aston gain access to the German company’s latest technologies. 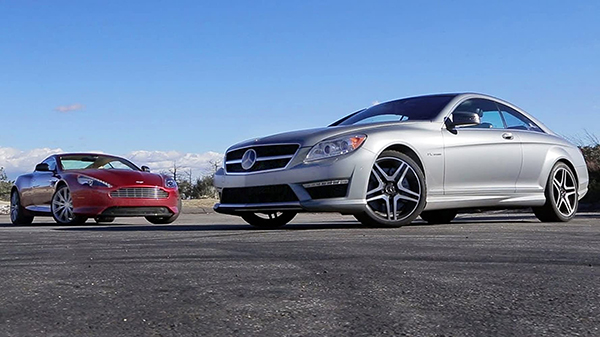 The deal means that access to the Mercedes developed technologies will be traded in exchange for further shares in Aston Martin. It means Mercedes could own up to 20 per cent of Aston Martin in the years to come.

According to Aston, the deal will allow the company to reduce “the costs and risks of developing” their own next-generation all-electric and hybrid tech, meaning it can “focus its investments in other areas and expand its product portfolio.”

According to the brand’s latest financial statement, the company has a plan to refresh the entire front-engined sports car line-up, expand its SUV offering with another model to sit alongside the new DBX, and is still planning to launch a mid-engine range of cars.

According to new Aston Martin CEO and former AMG frontman Tobias Moers, Aston won’t directly take Mercedes platforms and develop their own vehicles on them. Instead, the brand will leverage new drivetrain technology and incorporate it into new Aston Martin platforms. “Aston Martin is very efficient, as we proved with DBX, to bring a platform to life,” he explained.

The first plug-in hybrid Aston Martin is expected by 2023, widely expected to be a new variant of the DBX SUV. As for combustion engines, Aston intends to keep its V12 programme alongside further integration of Mercedes’ 4.0-litre V8 engine – with plug-in power. It provides the company with “alternatives” to continuing development of its newly announced V6 hybrid powertrain, but Moers says it’s “too early” to make a decision on whether to cancel that project.

Executive chairman Stroll added: “This is a transformational moment for Aston Martin. It is the result of six months of enormous effort to position the Company for success to capture the huge and exciting opportunity ahead of us.

“In those six months, since I became Executive Chairman, we have made significant progress. We have appointed a world-class leadership team with deep experience of this industry. We have aggressively and successfully de-stocked the dealer network to rebalance supply to demand. We have strengthened the financial resilience of the business and have taken decisive action on costs.