Mercedes-Benz and BMW have placed a joint project that would have seen them develop Level 4 autonomous cars “on hold.” 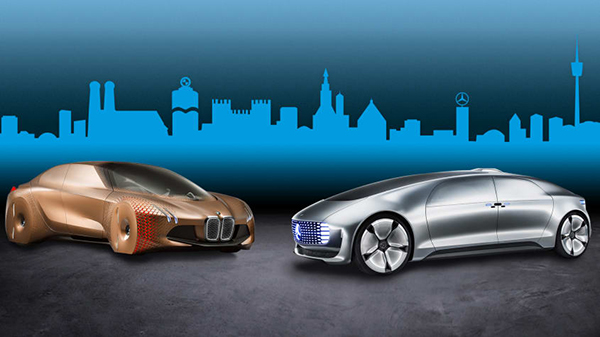 The firms were collaborating on a programme of development for Level 4 self-driving systems, which were due to be made available to private customers from 2024. These plans are now paused, with the two companies going their own individual ways following “extensive review”.

Mercedes-Benz and BMW are at pains to stress the decision to part company in this field was made with “mutual and amicable agreement”, and they “may” resume their enterprise at a later date. Some 1,200 employees from the firms were working together on the project.

A statement released by the companies said that “current business and economic conditions” meant that “the timing was not right” for the programme. The global slowdown caused by coronavirus has caused many firms to reconsider their development areas, while some companies have rowed back on or revised autonomous projects for other reasons.

Audi previously announced it was no longer aiming for Level 3 autonomy on the current A8 due to legislative and technological difficulties, while Ford has toned down its hitherto bullish expectations in the self-driving arena.

Level 5 is full, door-to-door automation, which works in all areas and conditions – although this was not within the scope of the firms’ agreement, and some industry insiders have predicted full Level 5 is decades, not years away.

BMW board member Klaus Fröhlich said his company’s “extremely powerful sensors and computing power” would put BMW “in an excellent position to offer our customers what they need for many years.” Meanwhile, Mercedes’ Markus Schäfer said: “we are currently also sounding out other possibilities with partners outside the automotive sector.”