It’s no secret that AMG has vowed to fully embrace electrification in the years to come as a follow-up to its super-rare SLS AMG Electric Drive launched back in 2013. The upcoming series of “73” models will all have plug-in hybrid powertrains with roughly 800 horsepower, while the AMG One with its F1-derived electrified powertrain will push out four-digit horsepower. It looks like the boys and girls from Affalterbach have another ace up their sleeves – an electric turbocharger. 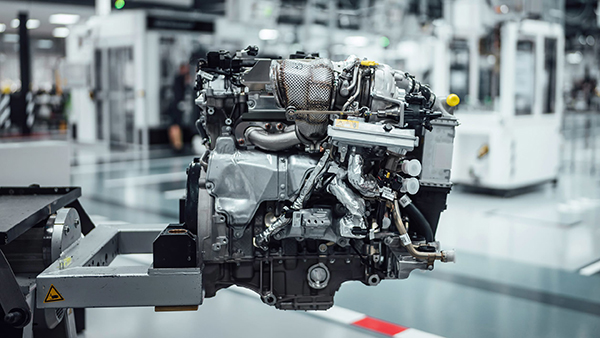 The newly developed electric exhaust gas turbocharger vows to eliminate the dreaded turbo lag. Engineered by AMG in collaboration with Garrett Motion, the new e-turbo is adapted from the exciting world of Formula 1 and combines the fast response of a small turbocharger with the high peak performance of a bigger turbo.

How is the turbo lag eliminated? By installing a tiny electric motor into the turbocharger shaft, specifically between the turbine wheel on the exhaust side and the compressor wheel on the fresh air side. Measuring approximately 1.6 inches (4 centimeters), the electric motor powers the compressor wheel before it starts accepting the exhaust gas flow. 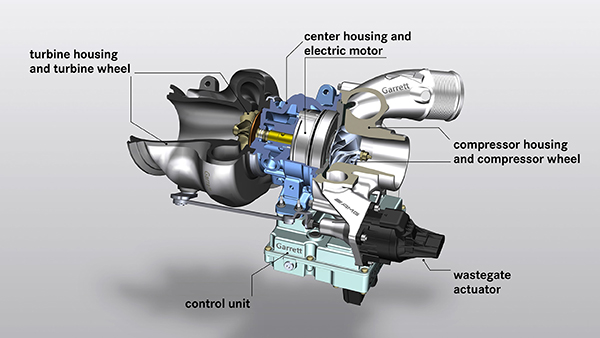 Using this method, the delayed response of a conventional turbocharger is virtually eliminated, thus resulting in a more responsive engine right away and across the entire rpm range. AMG says the e-turbo also helps the ICE provide more torque at lower engine speeds, so the performance is significantly improved compared to a traditional turbocharged engine. Optimal airflow is guaranteed by the turbocharger as it can achieve impressive speeds of up to 170,000 rpm. 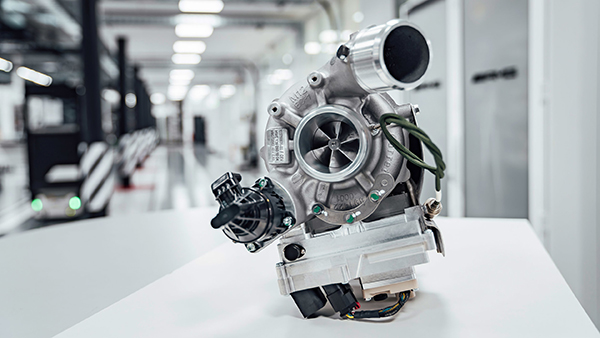 Mercedes-AMG doesn’t say which car will be the first to benefit from the cutting-edge technology, but we know from Garrett its e-turbo will be installed in a road-going vehicle as early as next year. Could it be the AMG GT 73? The Black Series? Time will tell, but we do know it will debut in a “next vehicle generation” as per the press release.

AMG boss Tobias Moers, who will become Aston Martin’s CEO on August 1, has already promised the Black Series will have “something different” in terms of engine, adding “we never did something like this with an engine before – for AMG it’s the first one.” It remains to be seen whether he was referring to the e-turbo or something else.