Mercedes-Benz will provide Aston Martin the technology it needs to enter the electric car segment, according to the British firm’s top executive. Its first battery-powered model is scheduled to arrive in 2025 at the earliest. 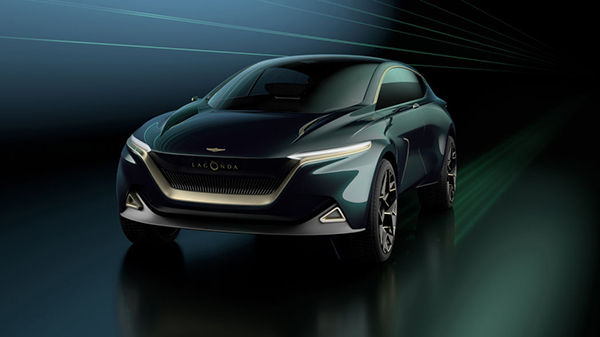 As we’ve previously reported, Mercedes will increase its stake in Aston Martin to 20% by 2023. In exchange, it will grant the company access to its hybrid and electric powertrains. It’s a win-win situation: On one hand, Mercedes can leverage the benefits of economies of scale. On the other hand, Aston Martin (which is far smaller) is able to access turn-key technology without spending an exorbitant amount of money on development.

Executives are consequently rebooting Aston Martin’s on-again, off-again electrification offensive. Its first electric model will be built using Mercedes-Benz-sourced technology when it goes on sale in 2025 or 2026, according to Automotive News Europe. Company boss Tobias Moers (who ran Mercedes-AMG until earlier in 2020) clarified the platform will come from Germany, but there’s no word yet on whether the motor and the battery will, too. However, he confirmed plans to resurrect the Lagonda name on an electric-only sub-brand have been canceled.

“Lagonda has a different purpose for the future. Electric-driven cars are supposed to be Aston Martins,” he said.

Hybrids are in the pipeline, too, including a gasoline-electric version of the high-riding DBX. Engineers were previously developing the technology in-house, but the project could end up in the automotive ash heap now that more Mercedes powertrains are in the picture. Moers affirmed he hasn’t decided which route to take yet.

“We are still working on that [hybrid drivetrain], but now we have alternatives. It’s too early to say,” he noted.

Aston Martin will release the mid-engined Valhalla in 2021, and the plug-in hybrid DBX will begin rolling off the production line in 2023. Several new models will make their debut that year, Moers promised a “product firework,” and it’s reasonable to assume most will be available with some degree of electrification. He predicted every fourth or fifth car Aston Martin sells in 2024 will be electrified in one way or another.

Green blues
Aston Martin’s path to electrification hasn’t been smooth. In 2015, it joined forces with China-based LeEco to build an electric variant of the Rapide, but it was forced to finish the project on its own after its partner canceled the deal due to financial issues. Williams Advanced Engineering stepped in to help, but ballooning costs transformed the sedan from a low-volume model to a limited-edition one. It was quietly canceled earlier in 2020.