The story of Aston Martin lately has been inexorably linked to Mercedes-Benz—namely, the latter’s engines going into the former’s sports cars. It’s a technical partnership that’s been going on for years, culminating earlier this year with an even more intimate tie-up: Mercedes-AMG’s CEO, Tobias Moers, jumping ship and heading to Aston, replacing Andy Palmer, after a massively successful run at Daimler’s performance vehicle wing. Now, another deal and even closer ties between the British grand touring legend and the famed German brand. 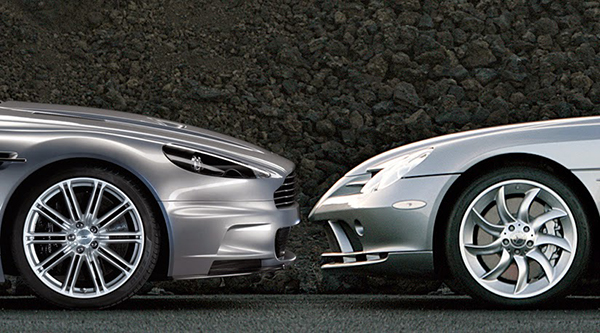 The basic thrust is this: Mercedes-Benz will increase its stake in Aston Martin to an as-of-yet undetermined percentage, but no more than 20 percent. In exchange, Mercedes will break off some of its most advanced powertrain technologies, including hybrid and battery-electric systems.

Recall that Aston Martin’s V-8 models currently utilize AMG’s 4.0-liter, twin-turbo V-8, but there’s also an aging V-12 that dates back to Ford’s previous ownership of the company, and earlier this year there was some hoopla about a hybrid twin-turbo V-6. Whatever happens of the V-6—and especially after today’s news, that could be nothing—most of the company’s success is currently riding on that AMG V-8, and whatever other engines Mercedes-Benz will be delivering with this deal.

And given that the company has very little in the pipeline that they’ve discussed publicly regarding the sort of electrified powertrains that they’ll need to move into our increasingly regulated future, this deal seems even more essential for Aston. Existential crisis averted? We’ll see moving forward, but it doesn’t take a deep dive into the company’s financials to recognize that this could be the lifeline Aston needs to take its vehicles into the electrified era.