With the number of yacht designs on the market these days, it’s no wonder folks want to collaborate with well-known brands, even without the brands’ knowledge. In this case, that brand happens to be Mercedes-Benz. 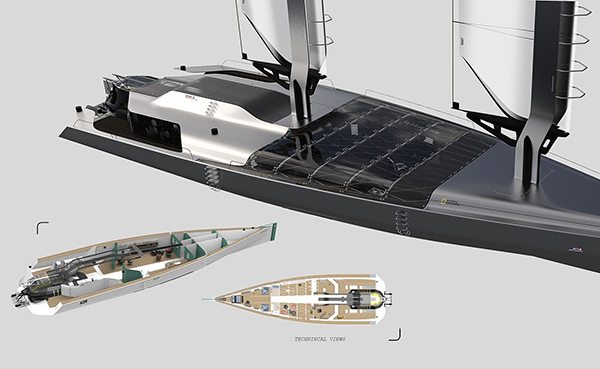 Now, this thing here is known simply as the Mercedes Boat. Nothing more, nothing less. However, to call it a boat is an understatement, as the designer, Simon Grytten, created this vessel strictly for research. That’s not to say that it’s lacking in any luxury or perks.

Being the sort of vessel that is meant to cross oceans and endure harsh weather, and basically keep you at sea for extended periods of time, it needs to be filled with the necessary equipment to keep everyone healthy and psychologically apt. Because the last thing you need at sea is a bunch of crazy scientists running round with scalpels and beakers of unknown substances. 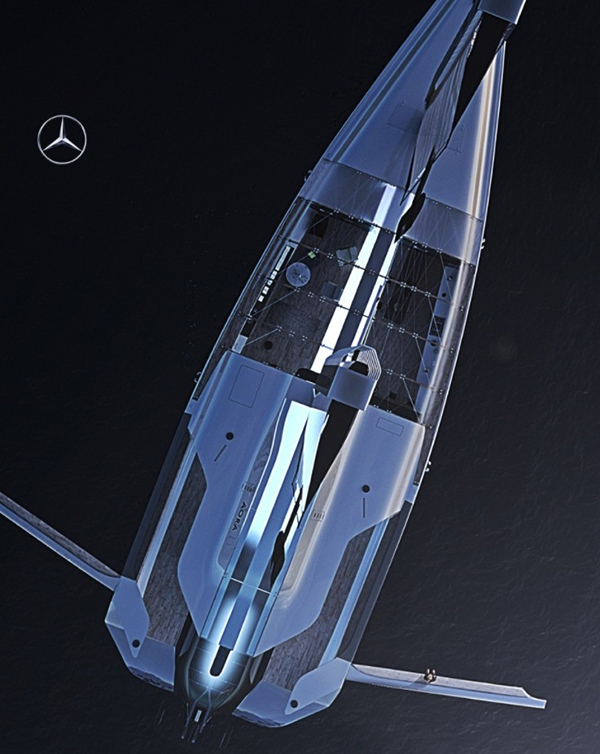 Enough about what could possibly go wrong while on a trip with a bunch of doctors, what about the vessel? Well, this boat or research vessel, as I like to call it, is rather simple as far as deck construction and design. We’ve seen similar geometry on sloops or sailing yachts, of which Mercedes-Benz really does take part in.

Now, we know nothing about the length of the vessel or any sort of technology it may use in its propulsion except the obvious, wind. One neat thing we are told is that the sails are powered autonomously. Honestly, if something like this was to ever hit waters, the idea of making it autonomous is perfect for a crew of already busy bees.

For the hull, we are shown a very sharp bow meant to cut into waves easily to help with maneuvering, while the rear, or aft, is wide and flat as to offer stability. The addition of a keel is also necessary, and one is not missing.

One neat trick this hull does have up its sleeves is the ability to extend two large lateral arms from the sides of the hull. This, however, is more a feature that is to be used as the vessel is stationary as it’s mainly used as a place to relax, embark on your next dive, or feed the local fish. 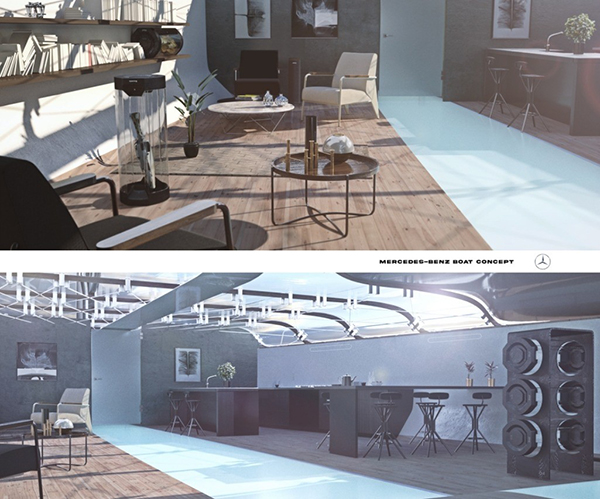 One thing I enjoyed about this conceptual design was the overhead glass section that we see splitting bow from aft. This section seems to be a very nice idea, aesthetically to say the least. My only concern is the structural integrity of everything as the vessel shifts, twists, and bends in the waves. It does look friggin sweet though. It’s the kind of idea that can be easily adapted to other vessels, albeit smaller ones.

As for the interior, as you would expect, most of it is compartmentalized. There’s space for keeping specimens, labs, kitchens, and even a leisure lounge. This was obviously needed as what else are you going to be doing once you’re done with work. 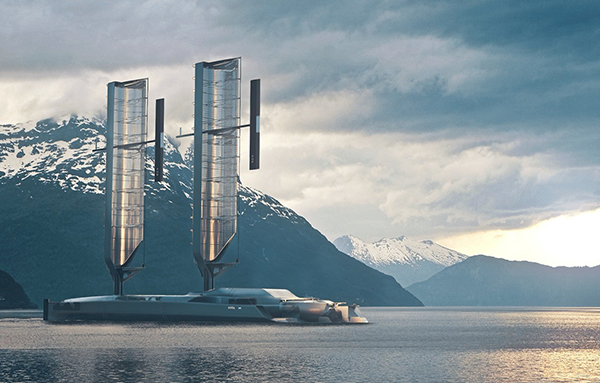 One thing we can be sure about finding aboard a vessel such as this is usually a submersible. Even though we aren’t clearly informed of one is the designs, there appears to be a something of the sort aft.

Let’s face it. Who really wants a research vessel for a yacht? Not even Mercedes. Personally, I would strip it all down to the walls and make it one big party boat.