This amazing 1961 Mercedes-Benz O321H bus is a regular at auctions across the U.S., being sold and resold more times than we could find records. It also has an exciting story, which makes it a true collector piece.

The Mercedes-Benz O321H bus introduced in 1954 marked a major departure from the standard bus design. The German company abandoned the usual body-on-frame construction inherited from trucks and introduced a semi-monocoque design. Among the advantages were increased body rigidity and reduced weight, not to mention offering more space under the floor for luggage storage.

The design was incredibly popular, with more than 30,000 units built between 1954 and 1970. This one selling on Bring a Trailer was built in 1961 with a Mercedes-Benz 5.1-liter diesel engine which has proved incredibly reliable. The naturally-aspirated inline-six engine produced 110 horsepower, sending power to the rear wheels via a fully-synchronized 5-speed transmission.

The bus was reportedly delivered new in Switzerland, where it was used by the Swiss hockey team EHC Biel in the 1960s and 1970s. It was later sold into private ownership and converted at some point into a motorhome. Its whereabouts were lost until 2012, when the bus-turned-motorhome was auctioned off at a small classic dealer sale in Switzerland. 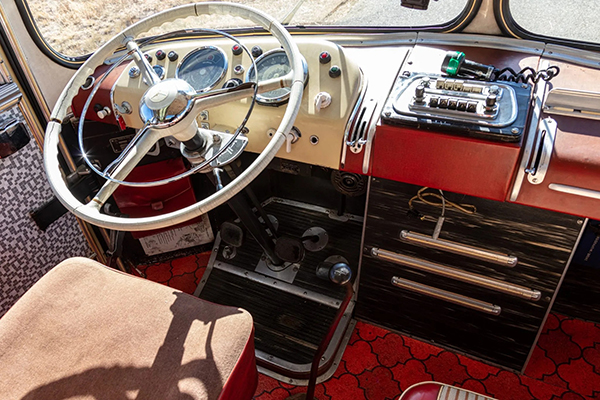 A year later, it crossed into the U.S., where clever marketing inflated the small Swiss hockey team that commissioned the bus to the “national team” status. It’s where its auction-darling career began, with the first step in 2013, when it was sold for $115k by Copley Motorcars in Needham, Massachusetts. The same year, the Mercedes-Benz bus changed ownership again after a successful $99,000 bidding by Fox Motorsports at a Bonhams auction.

The new owner kept it for a while until 2020, when they sold it, again for $99,000, to Dan DeVos, owner of a car dealership network and son of Amway founder Richard DeVos. One year later, the current owner got in touch and made him an offer he couldn’t refuse. Since he was a Great Race pace-race pilot for the past ten years, he wanted to use it as a support vehicle for his crew but decided against it and kept it for family outings.

Music festivals, parties, and road trips were the norm, but the bus was never used for boondocking, so the condition of the liquid propane lines that fuel the stove and the fridge is not known. Other than that, the bus runs great and needs very little maintenance. The seller admits he never got to drive the bus as much as he wanted to, which is why he listed it again. 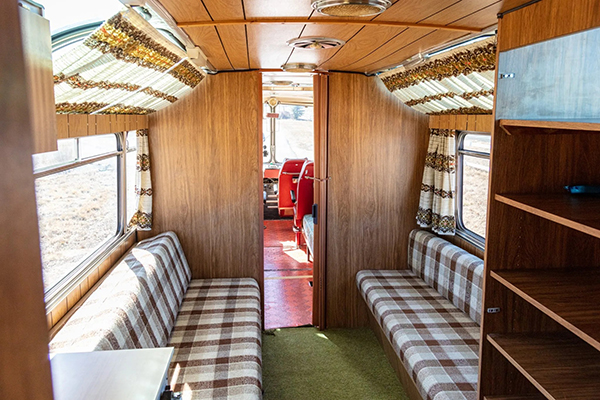 The motorhome conversion is equally interesting. The bus kept seven seats from the old bus configuration, the rest of the cabin being fitted with camping furniture and utensils. It features a forward bunk bed, two sofas that fold into a bed, and a rear sleeping surface. A second front bunk bed was removed to make way for a portable air conditioning unit, but it is still part of the sale.

The kitchenette includes a stovetop, a fridge, and a sink, which were never used under current ownership. The seller felt it unsafe to fire the stove due to the unknown condition of the propane lines. The same reason made him not use the Webasto diesel-powered air heater, and he recommends the new owner perform a thorough check before using them.

The bus is wired with a European-style 220-volt electrical system and plug receptacles. A Honda 3,000-watt portable generator fits in the engine bay perfectly, but it is not part of the sale. For sure, some things are worth improving for a better camping experience, but this amazing Mercedes-Bus is a compelling-enough proposition as it is. Listed on Thursday on Bring a Trailer, it already had a $27,500 offer at the time of writing.