Today’s supercars make us dream about what the future will look like, while the first supercharged automobiles in history bring us the flavor of past opulence, power, and elegance. When it comes to certain cars, like this 1936 Mercedes-Benz 540K, you can actually feel like a king, because they were owned by royalty, and kept a unique piece of history at their core. 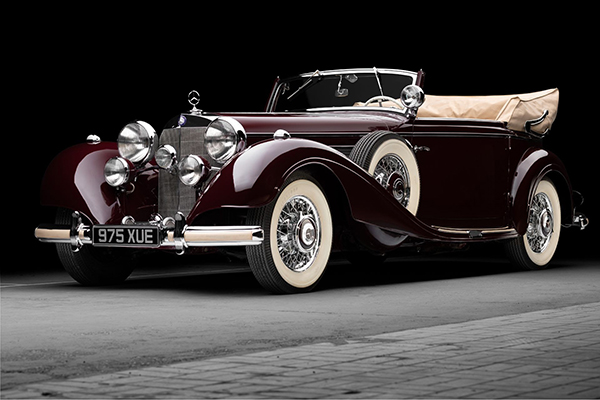 In 1938, His Majesty Farouk I, King of Egypt and Sudan, was getting married – the perfect occasion for other world leaders to strengthen strategic ties with the ruler of Egypt. Nazi Germany’s gift would be Mercedes-Benz Cabriolet C, the new supercharged vehicle that had entered production in 1936.

This particular two-door four-seater was impressive not just due to its elegant design and stunning performance, but also due to its unique appearance. It was repainted dark red (according to Kidston, the original color of the first displayed model is unknown), because King Farouk only drove red cars and, in fact, nobody else in Egypt was allowed to drive cars in this color. In addition to the special shade, the car also rocked a contrasting beige leather interior (same as the hood), plus a unique dashboard and radio.

The dark red supercharger outlasted Farouk’s leadership and managed to stay intact in Egypt, until 1988. A collector would eventually send it to his home in France, where it gathered dust in a barn, for almost a decade. Finally, the unique car returned to its homeland, where it underwent a five-year restoration. 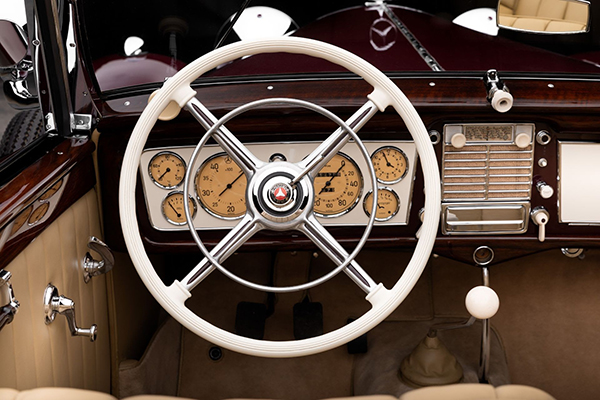 This Mercedes-Benz 540K chassis number 169387 was recently sold by Kidston, for an undisclosed amount. It’s not only the unique model that was gifted to King Farouk I, but also one of 32 Cabriolet Cs, which is the rarest coachwork style built on the 540K chassis. It has supposedly kept 90% of the original metalwork and, thanks to the comprehensive restoration, looks gorgeous. 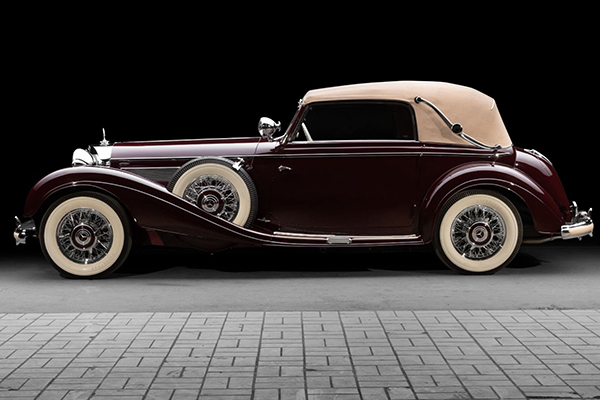 The 540K, one of the few that could hit 100 mph (161 kph) in the 1930s, was considered “the ultimate pre-War Mercedes car.” A meaningful, expensive gift at the time, the dark red version adds an aura of prestige and glamour to its high-power DNA.