Five races remain in the 2021 Formula One season. As you might imagine, much of the focus is going on the clash between Lewis Hamilton and Max Verstappen. The former has cantered to the F1 Drivers’ Championship this last few years and was widely expected to do the same this year. 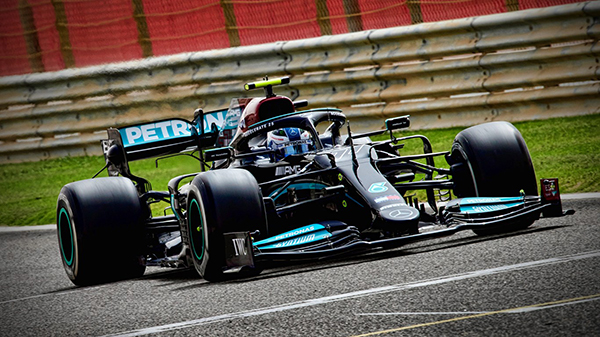 Verstappen had other ideas, however, and we are now being treated to a battle for the drivers’ F1 crown that looks too close to call, although Verstappen has the edge right now.

Yet while that pair have offered a – much-needed – bit of drama to draw in the casual motor racing fan, their enmity has perhaps taken some of the wider media’s glare away from the performance of Mercedes. If Hamilton has been dominant as a driver over the last half-decade, then Mercedes has been ever more so. 2021 was expected to be the manufacturer’s 8th successive Constructors’ Championship. If you bet on F1, you’ll know that the odds were remarkably short at the start of the season, but bookies aren’t so certain right now.

Mercedes F1 clinging on to lead
As it stands, Mercedes remains in the driving seat – holding a 23-point lead over Red Bull (460.5 vs. 437.5). But it is not as solid as it seems, and it is way down on last season when Mercedes finished 254 points ahead of its rivals. In all probability, Mercedes will cling on. Yet, you should not rule out Red Bull from claiming both the Drivers’ and Constructors’ titles.

Indeed, if you are to listen to some of the words coming from Mercedes’ bosses in recent weeks, you can tell there is a real sense of worry. The problem is that Mercedes has gone from being the most reliable constructor in F1 to (in relative terms) one of the least. The team has added more new power unit components – and the grid penalties that come with it – than any other in the sport.

The long and short of it is that Mercedes is gambling on adding power units to the car (there is a limit of three new units that can be added before grid penalties are imposed) to hopefully reap the dividends at the tail end of the season. But at the moment, it does not seem to be working.

Grid penalties hurt drivers’ chances
The man on the receiving end of those grid penalties has been Mercedes’ no.2, Valtteri Bottas. He had his sixth new engine (double what is permitted) installed at the US Grand Prix, meaning he received his third grid penalty. These penalties mean the driver starts from a lower position than what was reached in qualifying. At the US Grand Prix, for example, Bottas was moved down five positions. Earlier in the season, Hamilton received a 10-place grid penalty.

Mercedes is not accustomed to these types of setbacks. As we said, the team’s success was built on many pillars, but one of them was ultra-reliability. Bottas has taken more hits than Hamilton this season, but the former’s performances over the last four seasons (he finished second in four consecutive Drivers’ Championships) have been integral to Mercedes’ dominance as a constructor. While Bottas is doing okay (he’s 3rd), he will struggle to reach last season’s points tally, which was achieved across fewer races.

The point, as such, is that Mercedes is finally showing signs of weakness. In the past season, drivers could have an off day, or some unexpected event could scupper the team’s chances in an individual race. But those were outliers, and Mercedes would be back at the top by the next Grand Prix. That aura has gone. And it might stay gone, even if Mercedes clings on and wins a 9th successive Constructors’ Championship.