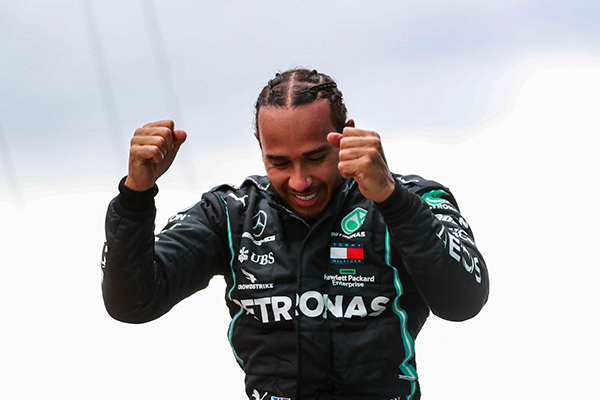 Lewis Hamilton is the man of the hour in motor racing. Following his start from the 6th spot on the grid in Turkey’s Grand Prix, the Brit had to deal with a wet surface and rain. He eventually achieved his 94th career victory, a World Record in Formula One as well.

Lewis is crowned in Istanbul. He leads by 307 points and there is no way other driver could even get close. His teammate, Valtteri Bottas, had to settle for the 14th position in Turkey. He is 110 points behind Hamilton with 78 still to be scored in the last two races of the season. 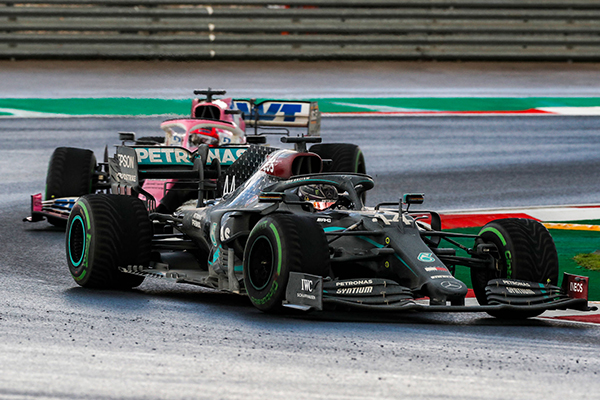 First words of the champion, Lewis Hamilton, after the win in Istanbul
“I think my whole life I secretly have dreamt as high as this. But it always felt so farfetched. I remember Michael winning those championships, and all of us drivers here are doing the best job we can, and just to get one, two or three is so hard to get. So, to get seven, is just unimaginable”, Lewis Hamilton said in an emotional statement following the win in Istanbul. 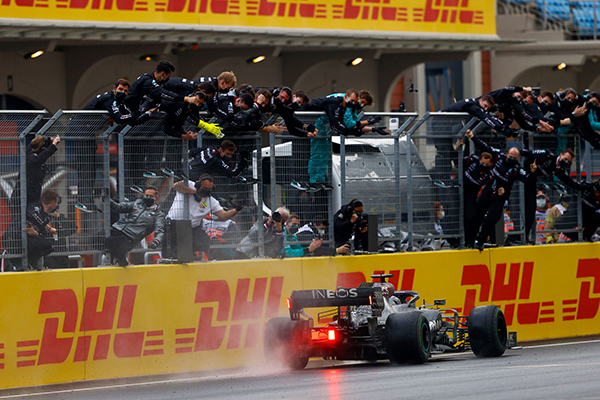 The champion’s fate is still in doubt. His contract with Mercedes-AMG Petronas expires at the end of the season and he has not yet signed the extension.

“I’d love to stay, I feel like we’ve got a lot of work to do here. […] And I want to help Formula One, I want to help Mercedes in that journey to become more sustainable. I hope to be a part of that, at least the initial phase, for a little bit longer”, the Brit told. 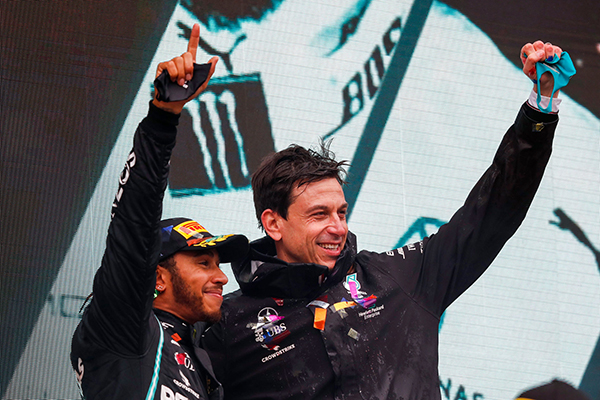 Toto Wolff, Team Principal and CEO, went up on the podium with Lewis to accept the Constructors’ trophy.

“Today once again showed how Lewis is capable to cope with a situation that went against him in the beginning. He was the one who kept it on the road, looked after the tyres and let the race come to him. And that made the difference today, he was hungry as a lion. Driving a car on slicks at the end, with the risk of rain, he just brought it home for a 94th win in Formula One and to take the seventh title – it’s such an impressive achievement”, Wolff said.