The new Safety Car is a Mercedes-AMG GT Black Series that doesn’t feature the usual light bar due to aerodynamic reasons. Instead, engineers have equipped it with small LED lights at both ends, aided by the rear number plate illuminated in the respective color at the push of a button, and the usual flashing lights. The LEDs are dimmable, so they can adapt to different scenarios. 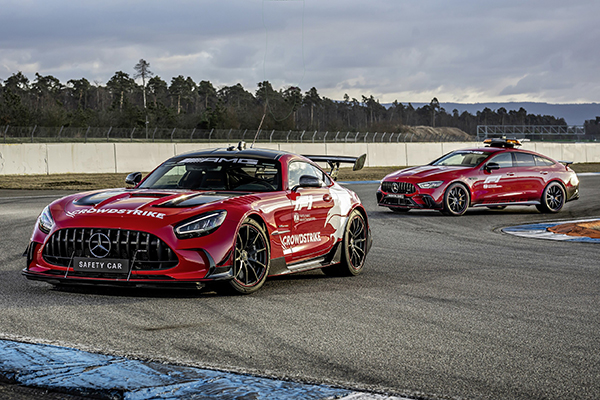 In addition to the special livery, the 2022 F1 Safety Car features two tablets in the center console and instrument panel in front of the passenger for race monitoring. Two red buttons and as many rotary knobs can be seen in the center console for all radio commands, while a second radio system acts as backup.

Bucket seats with six-point harness, lightweight roll cage, and the FIA-specific systems identical to those in F1 cars, like the transponder, high-res GPS, telemetry, and ‘marshalling’ are on deck too, and so are two tiny cameras in the spoiler strut, with one acting as a rearview mirror for the co-driver, and the other transmitting a live TV stream.

Standard AMG ceramic brakes provide the stopping power in the new Safety Car, which replaces the GT R, just like in the regular GT Black Series, and the car features the same aerodynamics. Pirelli P Zero tires were chosen as they “offer the best possible solution for all racetracks and weather conditions,” and power still comes from the 720 hp twin-turbo 4.0-liter V8, mated to a DCT and rear-wheel drive. The standard car maxes out at 202 mph (325 kph), and needs 3.1 seconds to hit 60 mph (97 kph) from rest.

Retiring the Mercedes-AMG C 63 S Estate is the GT 63 S 4Matic+. The new Medical Car wears a similar livery to its two-door sibling, has an aerodynamically-optimized carbon fiber scoop on the roof for the light bar, and is equipped with the optional Aerodynamic Package.

It carries a full set of emergency equipment, such as the defibrillator, rescue cutter, breathing apparatus, and two handheld fire extinguishers, and can seat four on individual bucket seats with six-point harnesses for the front occupants, and four-point harnesses for those at the rear. Three tablets and an extra monitor for the electronic rearview mirror allow those inside to keep an eye on the race. Just like the Safety Car, the new Medical Car boasts InCar Hotspot and WLAN.

Moreover, since all F1 drivers wear special gloves with sensors in their pinkie fingers to monitor their vital signs, paramedics can receive information in real time on the screens, revealing the blood-oxygen level and pulse rate. As a result, they can coordinate better before arriving at the scene. 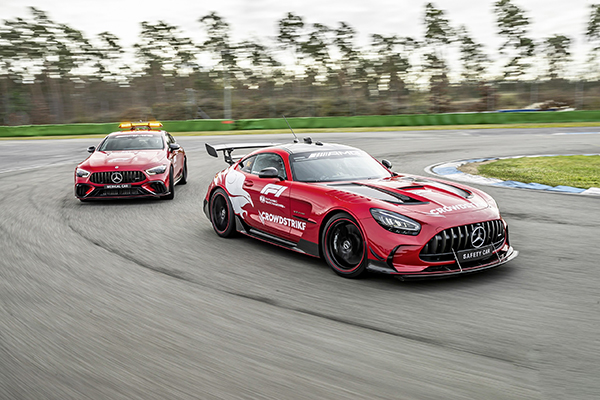 Whenever they are not in use, the GT Black Series Safety Car, driven by Bernd Maylander who is assisted by Richard Darker, and the GT 63 S Medical Car, which is crewed by up to three medics, including FIA’s Medical Rescue Coordinator, Dr. Ian Roberts, they wait on standby in the pit lane.