Mercedes-Benz is weighing the pros and cons of closing its successful Formula One program after the 2020 season, a new report claims. The move would set off a ripple effect that will spread far outside of the paddock. 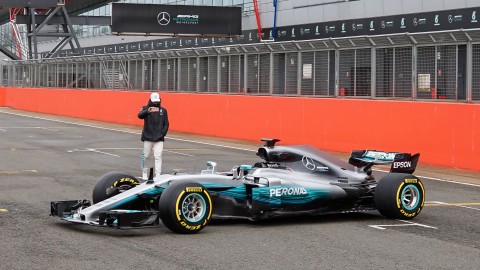 Parent company Daimler will debate whether to keep racing during its next board meeting, according to sources who spoke to Autocar, and the decision won’t be taken lightly. The Mercedes-AMG Petronas team has won every constructor’s and driver’s championship since 2014 thanks largely to British pilot Lewis Hamilton. It could realistically take home a seventh consecutive title after the 2020 season that starts in Australia on March 15.

Bragging rights and prize money are difficult to turn down, but racing is expensive and financial results are a growing source of concern for Mercedes-Benz; Daimler issued three profit warnings for 2019, and alerted investors its annual profits fell by about 50% to 5.6 billion euros (around $6.2 billion). It’s simultaneously funneling an immense amount of money into the development of electric and autonomous technology, while slashing 1,100 management jobs and freezing wages. “We have to cut costs,” Daimler CEO Ola Kallenius summed up.

All is not well in Stuttgart, and Mercedes knows it will need to spend a fortune to stay competitive while complying with the new Formula One regulations scheduled to come into effect in 2021. The norms are envisioned as a way to make racing more competitive and, ironically, more affordable, notably by placing a limit on the amount of money teams can spend. Arch rival Ferrari threatened to quit the sport several times over the new rules.

Leaving Formula One makes sense in this grim context, but Mercedes wouldn’t sever all ties with the series. Autocar added it would likely continue to supply engines to other teams, which is one of the more lucrative parts of its business, and the publication learned team boss Toto Wolff could join forces with other investors to take it over and continue racing. It’s not far-fetched, as Wolff already owns a 30% stake in the team.

In yet another plot twist, Wolff has allegedly asked Lawrence Stroll to help with the takeover. The Canadian billionaire owns the Racing Point Formula One team, and an earlier report claimed he’s preparing to buy a major stake in Aston Martin. Geely — the Chinese company that owns Volvo, Polestar, The London Taxi Company, a controlling stake in Lotus, 9.69% of Daimler, and half of Smart, among others — would also participate in the deal.

When the dust settles, Wolff and Stroll would control the Mercedes-AMG Petronas team and Aston Martin, and they’d join forces to create the Aston Martin Formula One outfit. Where does Hamilton stand in this latticework? He may end up racing for Ferrari during the 2021 season, according to a report posted on Formula One’s official site. The storied Italian team hasn’t won a championship since 2008, so signing the best pilot in the league would significantly increase its chances of securing the top spot on the podium. Hamilton would replace Sebastian Vettel.

None of this is official, the actors cited in this motorsports drama declined to comment, so we’ll need to wait until Daimler holds its next board meeting in early February to get a better idea of who will line up on the starting grid of the first Formula One race in 2021, and what colors they’ll be wearing. What’s certain is that the chain reaction triggered by the move towards electrified, automated, and connected cars is longer than anyone anticipated.