Mercedes-AMG Petronas wins 7th Constructors’ World Championship title in Formula One in a row, following Lewis Hamilton’s success at Imola. Never before has a team displayed such performance. 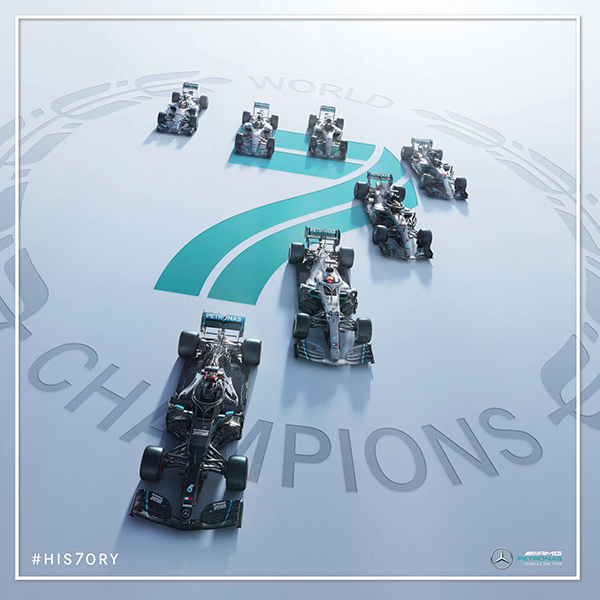 Mercedes leads with 479 points ahead of Red Bull Racing that currently settles for 226 points with four races to go.

“It is very overwhelming right now. I look at this team and think of everyone back at Brackley and Brixworth, they are the unsung heroes. They are the ones grafting away, never giving up, continuing to push, elevate and innovate”, Lewis told at Imola. “To come back year on year and deliver such great performance is absolutely unbelievable. 7-time champions, that’s something I’m going to be able to tell my grandchildren one day”, the Brit proudly stated. 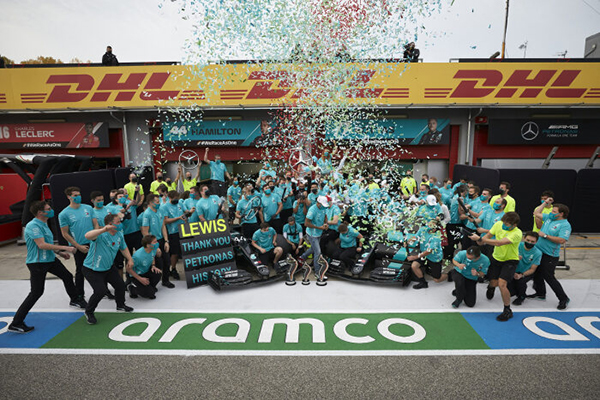 A Mercedes-AMG Petronas driver will become World Championship title holder
Mercedes is also going to secure the Drivers’ World Championship title this season. Lewis Hamilton and Valtteri Bottas are the only ones who can still win it. The Brit claimed his 93rd Formula One victory and his ninth of the season, now leading, with a total of 282 points, 85 points from Valtteri (197 points). It was the 100th win for Mercedes-AMG Petronas in the turbo-hybrid era. 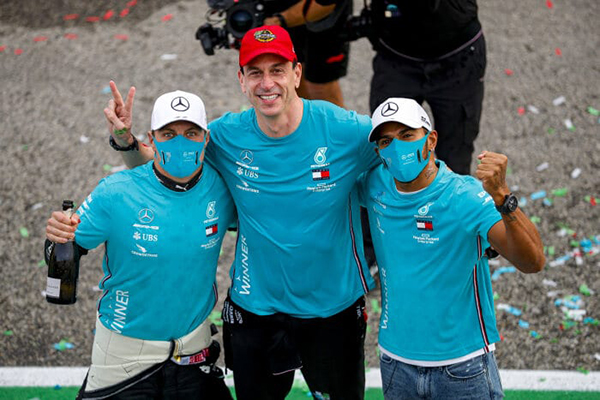 “This is an unbelievable moment, this afternoon feels like a culmination of everything. This has been an unusual season in so many ways and it makes me very proud that we have been able to achieve this. Lots of blood, sweat and tears went into this behind closed doors, a lot of people have made great sacrifices. So a massive thank you to everyone in the team, here at the track and back home at Brixworth and Brackley”, was the message sent by the managing director of Mercedes-AMG Petronas, Toto Wolff.

At Imola, Valtteri Bottas finished second, just half a second behind teammate Lewis Hamilton. “I am really proud to be a part of this team and thankful for everyone’s hard work and dedication. It’s well deserved and I’m really happy for everyone at the track, Brackly, Brixworth and Stuttgart”, said the Finn.