Lots of celebrities own multiple cars and, out of all of them, they almost always have a favorite brand or model. For Drake, his favorite one seems to be his Mercedes-Maybach S-Class, and he never misses an opportunity to pose with it, even in the rain. 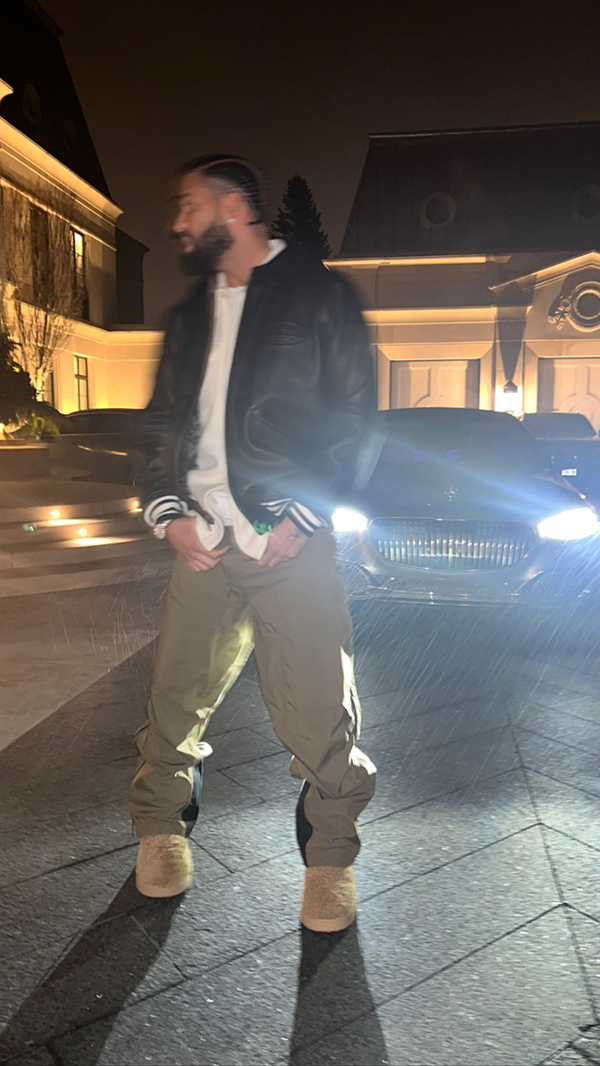 On Tuesday, January 10, rapper Drake hopped on Instagram Stories to share a few pictures of himself and one of his favorite cars: his Mercedes-Maybach S-Class.

The weather was not very friendly, but the rainfall was no problem for the Canadian rapper, who seems to consider it the perfect prop for his latest ‘shoot on the Gram. And he strategically stood in front of his Mercedes-Maybach S-Class, which was parked in his driveway, with one of the rear doors open and the headlights turned on. 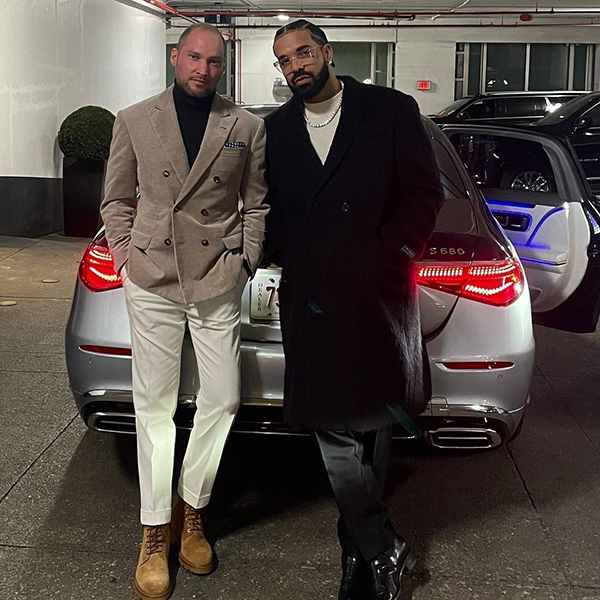 Drake has an extended and expensive car collection with multiple brands and models, but he does seem to own not just one, but two Mercedes-Maybach S-Class examples. Both of them are from the current generation, one in black and the other with a two-tone exterior in high-tech silver/nautical blue.

But one of them, which seems to be the one from his latest photo shoot, comes with exclusive features. Which might be why Drake loves posing with it so much. It is the Maybach centenary model called “Edition 100.” As the name indicates, it was produced in a limited run of only 100 units and it celebrated 100 years of the Maybach brand, which saw the light of day in September 1921.

The luxury sedan features a hand-painted two-tone paint job, exclusive “Edition 100” badging on the iconic double M logo. The interior of the vehicle, which is the top-of-the-range version of the Mercedes-Maybach S-Class lineup, comes with exclusive leather upholstery. The other Mercedes-Maybach model in the company’s portfolio, the GLS 600 4MATIC received its own “Edition 100” version. 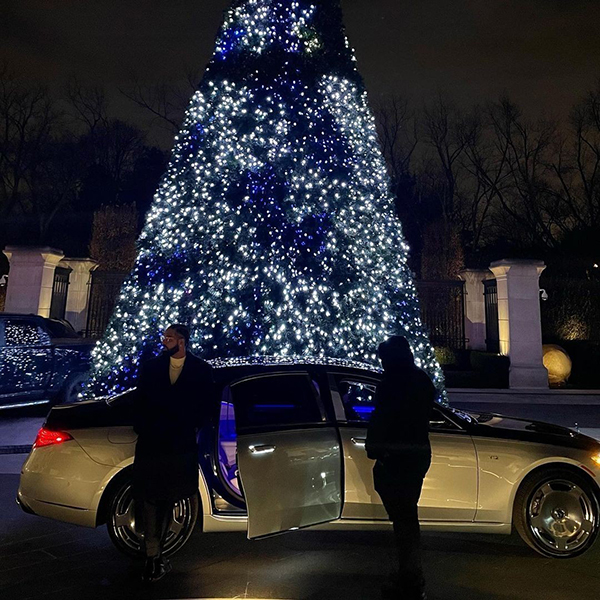 Drake has a special liking for luxurious, limited-edition cars, and we can’t blame him. His garage includes the Mercedes-Maybach GLS 600 4MATIC, a custom-made Rolls-Royce Phantom with a diamond owl on its hood instead of the Spirit of Ecstasy, a Mercedes-AMG G 63, and many others. But this past year, he has displayed a lot of nods towards Mercedes-Benz, be it with a t-shirt with the brand’s logo, the cars, and having the exclusive Virgil Abloh’s Project Maybach luxury off-roader in one of his music videos. And now, posing in the rain with the Mercedes-Maybach S-Class.