A lot of celebrities choose to give their cars a makeover when they get slightly bored with them or just want something different. And the latest one to do that was Rich the Kid, with his Mercedes-Maybach S-Class. 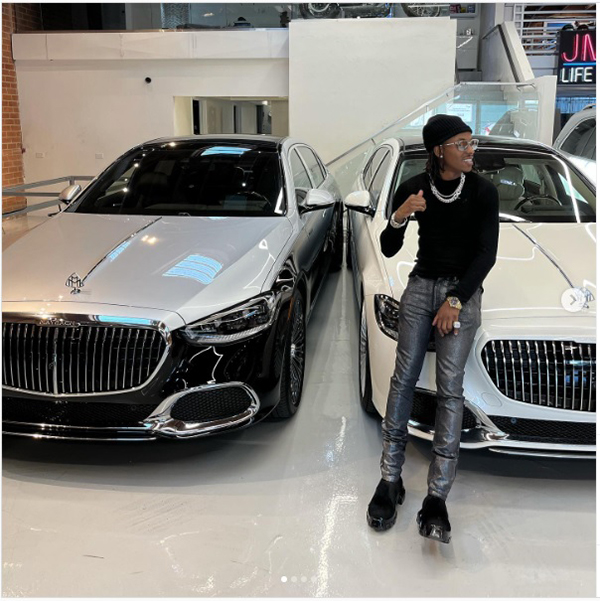 Dimitri Leslie Roger, professionally known as Rich the Kid, has decided to give his Mercedes-Maybach S-Class a makeover. For the project, he contacted Luxury Motoring, which is a custom shop from California. And the shop has just given a short glimpse of the result.

It didn’t include a before-look at the luxury sedan, though. But now, the Mercedes seems to sport a Satin Pearl White exterior and a black roof. The regular chrome accents have been replaced with black, including the grille slats, the MM badge on the hood and the rear, and the front bumper.

It’s unclear which color Rich The Kid’s Mercedes-Maybach S-Class was before the makeover, because he previously posed with not just one, but two Maybach S-Classes, one next to the other. One of them had a two-tone silver and black paint job, while the other was white with a black top, similar to what he has now. However, both were from the current generation, while the rapper’s sedan seems to be from the previous one, the pre-facelift W222, which was available between 2015 to 2017. 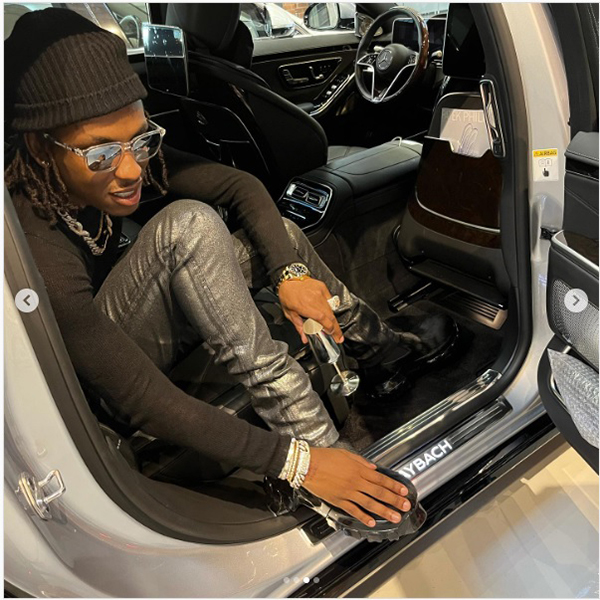 The Mercedes-Maybach S-Class was then available in two flavors in the U.S., the 550 4MATIC and the S 600. The S 550 shared the same 4.7-liter V8 engine as the Mercedes-Maybach S 500, as it’s known internationally, with the optional 4MATIC all-wheel drive. The S 600 was powered by a V12 engine. 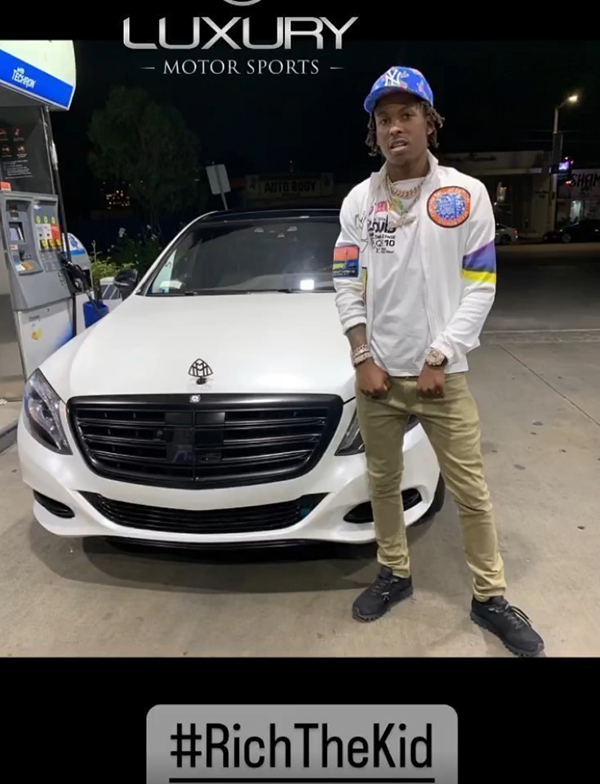 His car collection also includes a chocolate brown Lamborghini Urus, a blue Bentley Continental GT with a brown/ beige interior, a Mercedes-Maybach GLS 600 4MATIC, a white Rolls-Royce Cullinan with an orange interior and matching Forgiato wheels, and a Bentley Bentayga with a purple wrap, lime accents, and the Rolling Stone logo, customized by West Coast Customs.

Besides bragging about his newly upgraded luxury sedan, Rich the Kid posted a picture of himself on the hood of a USSV Rhino GX on Wednesday, January 11. The tank-like vehicle comes with a black exterior and it’s unclear whether the rapper owns it. But he did seem very comfortable sitting up there, as you can see in our gallery.

And there couldn’t be more of a difference between the Mercedes-Maybach S-Class, which is all about luxury, and the ultra-heavy, imposing USSV Rhino GX.