The latest Mercedes-Benz S-Class did not need any help in the luxury, power, and exclusivity department, but that never stopped Brabus before. The legendary tuning shop announced the new Brabus 600 Masterpiece, an opulent, sporty take on Mercedes’ executive sedan. 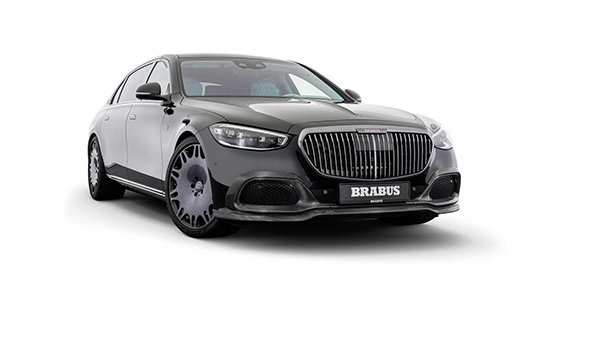 Brabus has worked its magic before on the latest-generation Mercedes S-Class, but this is the first time the German tuner has managed to get its hands on the stretched Maybach version. It’s called the “600 Masterpiece” (yes, really) and is based on the S580 4Matic with the V8. Curiously, the cheap-looking engine cover shows the company’s logo flanked by two large V12 logos that are reserved for the flagship S680 model.

Looking positively sinister, the amped-up luxury sedan has gained a subtle body kit with carbon fiber components featuring either a glossy or matte finish to go along with the darkened chrome elements. Brabus says these aftermarket parts are more than just for show as they play a functional role. For example, the front spoiler lip was perfected in the wind tunnel to reduce front-axle lift and better route the airflow to the front brakes and radiators. 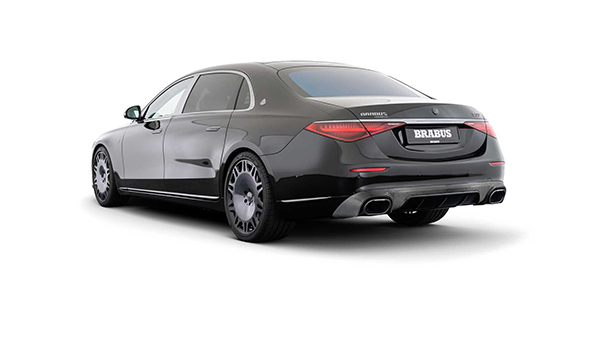 At the back, a carbon diffuser has two large cutouts for the generously sized rectangular tips belonging to a custom sports exhaust. The murdered-out Maybach S-Class rides on the tuner’s well-known Monoblock wheels, measuring a stately 22 inches while featuring a dark chrome look. These new shoes come wrapped in 265/35 ZR22 front and meaty 305/30 ZR22 rear Pirelli P Zero tires. The engineers from Bottrop have also brought the extra-long saloon closer to the road by 20 millimeters (0.8 inches) after tinkering with the air suspension. 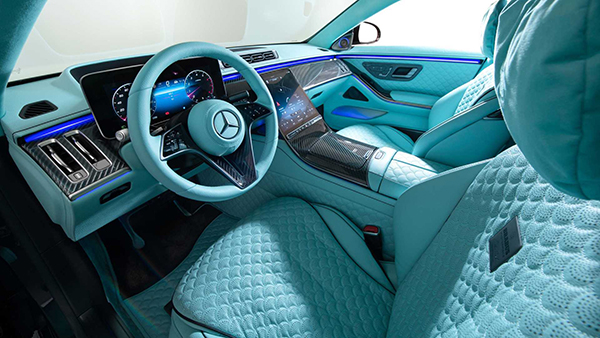 The real highlight is noticeable from the moment you open the doors as Brabus has draped the car’s interior in its finest leather, featuring a striking turquoise finish. It extends onto the floor mats and headliner while the generous carbon fiber treatment continues inside, even for the pedals with their rubber dots to avoid slippage.

If this interior is too much for your tastes, the sky’s the limit when it comes to customizing the Maybach S-Class since Brabus builds these cars to the exact specification provided by the owner.